View all hotels in Cape Verde

Cape Verde, one of the most developed countries in Africa is an archipelago consisting of 10 islands and several islets. The islands are divided into two groups:
Although close to the Sahara desert, it has a beautiful weather all year round. The south experiences more rain and is warmer while the north is drier and cooler.
The largest island is Santiago, and this is where the capital city, Praia is located. The country houses a population of a little over 500,000 who are majorly Christians. The official language is Portuguese, however, locals speak a mix of Cape Verdean Creole.
The Cape Verdean culture is a mix of Europe and Africa with unique elements. A dance and music genre called morna is unique to Cape Verdeans. There are a range of activities one can engage in to enjoy the Cape Verde experience:
Situated close to the sea, their diet is largely based on seafood, cachupa a popular delicacy is a stew made of the staple, corn, beans, and fish.
Casual and light clothing and a jacket for cool evenings is recommended. Cape Verdeans are polite and friendly. Getting around in the country should not be a hassle. Ferry services exist for inter-island travel; yachts are also available. Taxis and buses are also easy ways of commute. There’s plenty to see in Cape Verde, some of the places of interest are:
There are many fantastic places to stay in Cape Verde to enjoy the scenic beauty of this country. 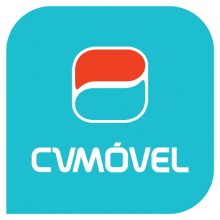 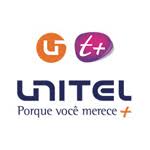 How do I travel out of Cape Verde?

Get Visa from Cape Verde

For Cape Verdians looking to travel out of the country. You can check out the list of destinations, how to Get Cape Verde visa to those countries, Embassies in Cape Verde and Visa Free Countries for Cape Verdian passport holders

Is it safe to go to Cape Verde?

Cape Verde has a low crime rate, however, one should be wary of isolated places.

Do they speak English in Cape Verde?

Portuguese and Cape Verdean creole are the common languages spoken. English is not commonly spoken in Cape Verde.

When is the best time to visit Cape Verde?

July to September are the hottest months. The best time to visit is from October to June, there’s more wind and temperatures are milder.

What is the currency in Cape Verde?

The Cape Verdean escudo. This can be exchanged with major currencies on the island.

How large is Cape Verde?

What are the Cape Verde islands called?

They are called the archipelago of Cape Verde, as they are a group of islands.