View all hotels in New Caledonia

The original inhabitants of New Caledonia were the Kanak people. All the citizens of New Caledonia have French nationality and have the right to vote for the president of France.
The weather in New Caledonia is usually hot and humid from November to April and a cooler dry season from June to September. On very rare occasions, cyclones may hit the territory. It is unpredictable but occurs between February and April.
Most people from ages 15 and above can read, write, and speak French fluently. About 28 Kanak languages are also spoken in the country. Javanese and Wallisian languages are also spoken by some people in the country.
New Caledonian soil contains about 25% of the world’s Nickel resources. The territory has one of the highest GDP in the south Pacific. The soil in New Caledonia is not fertile and as such, food makes up 25% of their export.
There are public transport bus services as the country has good road networks. There are also airplanes and an international airport in the country. There is one railway, three sea ports, and 4 airports in the country.
Traditionally, the Kanak people eat yams, bananas, taros, sweet potatoes which accounts for the bulk of their diet. They also eat rice, frozen foods, fish wild pork, beef etc.
In 2016, about 115,676 tourists visited the country. There are so many places of attraction in New Caledonia some of which are; 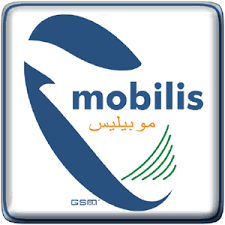 How do I travel out of New Caledonia?

Get Visa from New Caledonia

What currency is used in New Caledonia?

South Pacific Franc or Cour de Franc Pacifique (CFP) is the currency of the territory.

What is New Caledonia Known for?

They are known to have one of the world’s largest tropical lagoons.

Is New Caledonia expensive to visit?

It is possible to enjoy your holiday here at a cost comparable to other places in the South Pacific like Fiji, The Cooks Island etc.

What does the New Caledonian flag represent?

The colours of the flag are Blue, White, and Red and they represent Fraternity, Equality, and Liberty respectively.

What are the people of New Caledonia called?

They are called New Caledonians or Kanak people.