View all hotels in North Korea

North Korea has its capital in Pyongyang and this is also the Largest city in the country. The best time to visit North Korea is usually during the spring or autumn, here the days are normally mild and clear.

Genuine religious freedom does not really exist in North Korea, and the religion in North Korea is mainly of Buddhism, Confucianism and some minority also practise syncretic Chondogyo and Korean shamanism. The North Korea is a very homogeneous society and normally boast of its population being 99.9% ethnically Korean.

Although some of the dishes in North Korea are prepared in South Korea and it shares some of its dishes with this neighbouring country, they tend to differ in taste, flavour and composition. Some staple food in North Korea are rice dishes and kimchi. Food in North Korea Originated from ancient agricultural and nomadic traditions in southern Manchuria and the Korean Peninsula.

Language spoken in North Korea is Korean, but it has greatly differs from the language in South Korea due to the amount of time of desperation between the countries.

There are not many festivals celebrated in North Korea apart from the Mass Games May through October and the Spring Dragon Boat Festival, other celebrations and holidays are held to mark the birthdays of former North Korean leaders like Kim Il Sung and Kim Jung-Il.

There are many attractions in North Korea for tourist to visit and some of these include:

There are over 50 high classed hotels in North Korea that will surely leave you satisfied and relaxed. One interesting fact about North Korea is that they have their own computer operating system, they use “Red Star OS,” which is offered in only the Korean language. 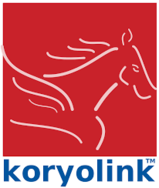 How do I travel out of North Korea?

Get Visa from North Korea

For North Koreans looking to travel out of the country. You can check out the list of destinations, how to Get North Korea visa to those countries, Embassies in North Korea and Visa Free Countries for North Korean passport holders

How safe is it to visit North Korea?

North Korea is one of the safest countries to visit in the world, they are very accommodating and welcoming to tourists.

Can I take my cell phone, smartphone, tablet, e-reader and laptop?

Satellite phones are illegal to bring inside North Korea, but as a tourist you are able to make international phone calls or send emails out from certain hotels around the country.﻿

Do I need to be vaccinated?

No, there are no vaccines required before travel to North Korea.

What currency is used in North Korea?

North Korean won is used as the currency of North Korea