View all hotels in Azerbaijan

Azerbaijan is located in Southwestern Asia. Its capital and largest city is Baku. It is bordered to the east by the Caspian sea, the west by Armenia, the north by Russia and Georgia, and the south by Iran. Azerbaijan is the first democratic state in the Muslim-oriented East. It was formerly part of the USSR thus, Russian is the second most popular language spoken by the indigenes with the first being Azerbaijani.
The country is known for several things such as its wide assortment of flowers, East meets West architectural wonders, prominence in the international crude oil scene, beautiful deserts, sand dunes, mud volcanoes, etc.
It has some seven climates including summer, autumn, and winter. It is fine to visit the country in any season as each season holds its own unique appeal. Women should dress modestly in Azerbaijan. Western clothes are commonplace but should be worn decently.
There are about five ethnic groups including Azerbaijani (the largest), Russian, Armenian, etc and the Azerbaijani are 95% Muslim. They are known to mix poetry, storytelling, dance and music into a single cultural act. They are also known for their immense love for pancakes (Kutabi) which is their national dish, fresh vegetables/herbs, and fish from the Caspian sea. They favor beef, mutton, and black tea.
Some fascinating places to visit in Azerbaijan are:
Azerbaijan is the first country in the entire East to have given women the right to vote doing so even before Great Britain. Also, it is fascinating that the famous Nobel Prize award was initialized using capital Alfred Nobel acquired on profits from Azerbaijan oil.
Accommodation in Azerbaijan ranges from budget hotels to luxury hotels. 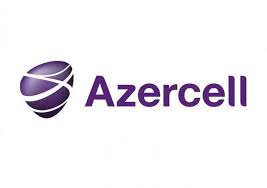 How do I travel out of Azerbaijan?

Get Visa from Azerbaijan

For Azerbaijanis looking to travel out of the country. You can check out the list of destinations, how to Get Azerbaijan visa to those countries, Embassies in Azerbaijan and Visa Free Countries for Azerbaijani passport holders

How are the representatives of other religions treated in Azerbaijan?

Although her citizens are predominantly Muslim, Azerbaijan is a secular state and is known for her more than tolerative treatment of people of other religions. One is free to believe what they shall in Azerbaijan without threat.

How safe is Azerbaijan?

Azerbaijan records one of the lowest crime rates in the world and is very safe. However, natural caution should be taken by visitors.

Is it possible to use foreign currencies for transactions in Azerbaijan?

The Azabaijani unit of currency is the Manat. You can only transact with the Manat in Azerbaijan. You therefore have to trade in your foreign currencies for Manat.

Is it safe to drink the tap water in Azerbaijan?

It is not advisable to drink the tap water. You should boil the tap water before drinking it or purchase bottled water instead.

Do the Azerbaijani speak English?

English is not one of the official languages in the country and is therefore not commonplace. Nevertheless, the Azerbaijani are a friendly and hospitable folk and usually make efforts to find a visitor someone who speaks English (most probably amongst the younger generation since they learn English at school).