View all hotels in Bahamas

The capital of the Bahamas is Nassau originally known as Charles Towne. Out of the 700 islands that make up the Bahamas, only 14 are inhabited, 12 of which are known as out islands with the exception of New Providence Island (Nassau) and Grand Bahamas Island.
The Bahamians trace their history to South America. A large amount of them are blacks and Christians. As a former colony of Britain, the predominant language on the Island is English. Africans constitute a majority of the Island’s population. This explains why the most common music in the region - Junkanoo - is said to be started by an African slave. Other types of music are Jamaican Reggae and Carribean Calypso. Bahamian cuisine ranges from Conch (a sea animal) to pigeon peas and rice.
Even though the Bahamas is said to have a great temperate climate all year round, the best time to visit the region is between mid-December to mid-April. This is because the Island falls within the hurricane belt with the Atlantic hurricane season spanning through June 1 to November 30. Tourists are expected to go with lightweight clothes, sweater for the night, sunhat, sunglasses and swimsuits (for those who will be visiting the beach). Mosquito nets and repellents should also be taken. Many Bahamians are conservative. Therefore, proper shorts and tops must be kept handy to be used when visiting groceries stores and restaurants.
There is an international airport (Lynden Pindling International airport) in the state capital with daily flights to major cities in Canada, the Caribbean, the United Kingdom, and the United States. The best way to get around the city is by using the public buses known as jitney. One can also hail a taxi cab or rent a car (renting a car can be expensive). Ferries, mail boats and small planes are used to travel between islands.
Whilst the nightlife in Nassau is fantastic, the crowd can be daunting. In comparison, the out islands usually have fewer people. Thus, lower prices for hotels and food. Cottages and small villas can also be found in the out islands.
The key events and festivals on the Island include:
The Bahamas is popular for its tourist attraction. Favourite places tourists can visit include:
In recent years, there have been cases of theft, sexual assaults and drug/alcohol induced crimes on the Island. Visitors are therefore advised to be watchful especially at night. 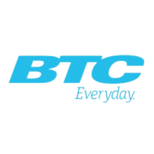 How do I travel out of Bahamas?

Get Visa from Bahamas

For Bahamians looking to travel out of the country. You can check out the list of destinations, how to Get Bahamas visa to those countries, Embassies in Bahamas and Visa Free Countries for Bahamian passport holders

What clothing is appropriate for the Bahamas?

Lightweight clothes, sweater for the night, sunhat and swim suits are appropriate for the Bahamas

Is the Bahamas safe from hurricane?

No. The hurricane season spans from June to November.

What is an out island?

The out islands are all the islands that form the Bahamas aside New Providence Island and Grand Bahama Island.

What are the most popular tourist destinations in the Bahamas?

Majority of tourists that visit The Bahamas are concentrated in New Providence Island (Nassau) and Grand Bahama Island. These two places are popular as they constitute the ‘main’ island with a fabulous nightlife and good transport network.

Is the Bahamas expensive?

The cost of food and hotel are more expensive in Nassau and the Grand Bahama Island than in the out islands.

What currency is used in the Bahamas?

The currency used is known as the Bahamian dollar which is equivalent in value with the US dollar. Both currencies are accepted interchangeably on the Island.