View all hotels in Belarus

Belarus is a landlocked country in Eastern Europe bordered by Russia to the north and east, Poland to the west, Ukraine to the south and Lithuania and Latvia to the Northwest. Over 40% of this isolated country is forestation, making it home to picturesque country-sides, lush vegetation, and wildlife such as Europe's largest mammal, the Zubr (European bison). The capital city of Belarus is Minsk.
Belarus has more temperate climates featuring hot summers, cold, long winters, and very distinct seasons. There is abundant snowfall lasting as long as December to March sometimes. Belarus also has two other short, intermediate seasons. Winter in Belarus is however milder than it is in many other European countries.
Belarus is 84% Belarusian and features other ethnicities in the minority such as Russian, Ukrainian and Jewish. The Belarusian culture exhibits folk music/dances and traditional crafts like weaving, glass blowing and wood working. The country traditionally practices Orthodox Christianity but there are several Roman Catholics as well.
Belarusian cuisine shares a lot of similarities with Russian, Ukrainian, and Polish foods, being a Slavic country as well. Belarusian foods feature potatoes, milk, vegetables/greens and meat. Their most popular dish is "draniki", a kind of potatoe pancake usually eaten with sour cream or bacon.
Some fascinating locations in Belarus are:
Some popular festivals to be witnessed in Belarus are the Bison Race in Logoisk which takes place from October 12th to 14th and Teart (the festival of theatrical art) which holds from September to October in Minsk theatres. Another festival is the Japanese Autumn which takes place from September 20th to November 29th.
Accommodation in Belarus ranges from budget to luxury hotels. 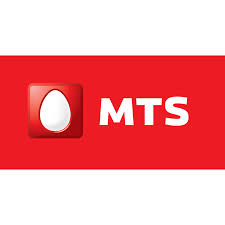 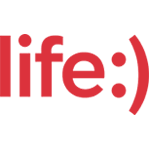 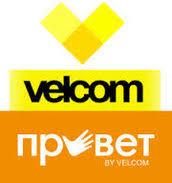 How do I travel out of Belarus?

Get Visa from Belarus

For Belarusians looking to travel out of the country. You can check out the list of destinations, how to Get Belarus visa to those countries, Embassies in Belarus and Visa Free Countries for Belarusian passport holders

A: The two official languages of Belarus are Belarusian and Russian. Among the older generation, English is hardly spoken but a good number of the younger generation speak English pretty decently.

Q: What is the accepted unit if currency in Belarus?

A: The official unit of currency in Belarus is the Belarusian Rubble.

Q: Is Belarus cheap or expensive?

A: Belarus is a relatively cheap country. In fact, Minsk is the cheapest city in the whole of Europe.

A: Belarus is not dangerous at all. It is one of the most peaceful countries in the entire Europe. The Belarusians are a peace loving, hospitable, and friendly people.

Q: Do I need a visa to visit Belarus?

A: Most visitors from foreign countries require a visa to travel to Belarus. But more than 80 countries including Azerbaijan, Argentina and Moldiva are allowed visa-free travel for a number of days.