View all hotels in Bhutan

Bhutan is a tiny remote country with Thimphu as its capital and largest city. Because of its diverse climate seasons of Spring, Autumn, Summer and Winter, the months of September to December is the ideal travel time to visit Bhutan. Also, the air is clear and fresh with sunny skies during this period. Bhutan is home to several ethnic groups, with the 4 main ethnic groups being the Ngalop, Sharchop, Lhotshampa and the Bhutanese tribal and aboriginal people. The people of Bhutan majorly practise Buddhism and Hinduism while a smaller section of the population are either Christians or Muslims. The Bhutanese flavourly cuisine is one of the most significant aspect of its heritage and rich culture. Its most popular foods include red rice, spicy chicken dish, puta, (traditional Bhutanese noodles), chillies and cheese. Dzongkha is the official language spoken here but most Bhutanese are also fluent in English.

Paro International Airport is the only Airport operating in Bhutan. Intra-country flights do not exist as getting around Bhutan can only be done by road. The only way to see the cities of Bhutan is by foot or road using taxis and public buses. Bhutan is a remarkably safe travel destination, with petty crimes and theft at an all time low.

There are numerous festivals happening in Bhutan all year round. Festivals in Bhutan are  usually a unique showcase of colourful dances in elaborate costumes, attracting the best of the Bhutanese people and a large draw of tourists as well. Festivals in Bhutan are known for their richness, vibrancy and happiness and if you are ever in Bhutan, you should attend, the Thimphu Tshechu Festival which is the biggest and  most popular festival of Bhutan, there are displays of dance performances, plays and colorful mask dances. You can go see the Jambay Lhakhang Drup Festival for a thrill of naked dancing, mask dancing, and fire dancing by masked dancers and monks. Or even experience the Paro Tshechu Festival, the Haa Summer Festival and the Chorten Kora Festival.

Bhutan will capture your heart with its beautiful landscapes and spectacular mountains. Some of the most fascinating attractions to visit in Bhutan include:

Accommodation options are readily available in Bhutan, from resorts, cottages, lodges, homestays to hotels. You will definitely be spoiled for choice here. 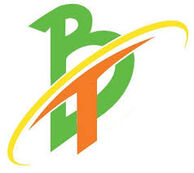 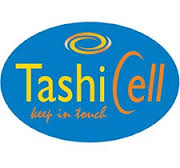 How do I travel out of Bhutan?

Get Visa from Bhutan

For Bhutaneses looking to travel out of the country. You can check out the list of destinations, how to Get Bhutan visa to those countries, Embassies in Bhutan and Visa Free Countries for Bhutanese passport holders

Is Bhutan safe for female travellers?

Bhutan is absolutely a safe country to visit and is quite respectful of both genders and it is extremely safe for  women travellers to travel alone in Bhutan.

Is it safe to travel alone?

Bhutan is certainly safe to travel alone. Many local tour operators have arranged trips  for ladies, or men travelling alone. However, you just need to pay a little more as a surcharge for traveling alone. But you will be accompanied by a good private guide, driver & transport.

What traditional gifts can you buy while in Bhutan?

The Bhutanese people have perfected the art of making their arts and crafts to represent the vibrant tradition, culture and history of Bhutan. Some suitable traditional gifts you can buy are:

Is the English Language spoken here?

While the Dzongkha language is the official language, English is also spoken by the locals here as it is used to teach in schools and also serves as a medium of communicating with the people of Bhutan.

Can Indians visit Bhutan with a passport?

Indian nationals intending to visit Bhutan are required to carry any of the two valid 'Travel Documents' (a) Valid Indian Passport having validity of minimum 6 months; and/or (b) Voter Identity Card, issued by the Election Commission of India. No Visa is required to visit Bhutan.