View all hotels in Bolivia

Bolivia is a landlocked country in the heart of South America surrounded by Peru, Brazil, Chile, Argentina, and Paraguay. Owing to the appeals of the countries around Bolivia, it is an often overlooked country, but a nonetheless appealing one. The official capital of Bolivia is Sucre whilst its administrative capital is La Paz. Bolivia has impeccable jungles and some parts of it even spill into the Amazon.
The weather in Bolivia offers two primary seasons; a dry season which lasts from April to November and Rainy season which lasts from November to March. Hats and gloves will most probably come in handy in Bolivia due to the powerful daytime sun. In the daytime, it is most advisable to dress lightly. However, the evenings are cold and sweaters should come in handy.
Bolivia is a multi-ethnic country and is 30% Quechua, 30% Mestizo, 25% Aymara and 15% Caucasian people. It is a Christian nation; 95% Roman Catholic and 5% Protestant. Bolivian cuisine is a combination of Spanish cuisine with indigenous ingredients featuring foods like corn, potatoes, quinoa, beans, rice, wheat, and meat.
Some tourist locations in Bolivia are:
In February/March, the otherwise sleepy town if Oruoro wakes up to host the second biggest carnival in the world; the Oruoro carnival. The carnival features folk dances, beautiful crafts, lively music, and nonstop partying.
There are different kinds of accommodation in Bolivia. 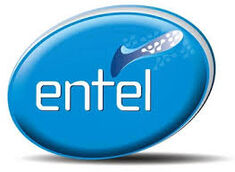 How do I travel out of Bolivia?

Get Visa from Bolivia

For Bolivians looking to travel out of the country. You can check out the list of destinations, how to Get Bolivia visa to those countries, Embassies in Bolivia and Visa Free Countries for Bolivian passport holders

A. Generally, Bolivia is a safe country. However, there appears to be a substantial threat of theft and pick pocketing in buses, stations, and crowded areas. Also, it is unsafe for females to take jungle tours on their own or with unlicensed guides.

Q. Do I need a visa to visit Bolivia?

A. It is necessary to have a visa to visit Bolivia from most countries.

Q. Are there opportunities to snorkel, dive or swim?

A. There are no opportunities for these activities in Bolivia.

Q. What is the recommended currency for Bolivia?

A. Bolivia's official currency is the Boliviano (BOB). Many hotels and tourist institutions accept US Dollars. You may exchange your money at banks, hotels, and bureaus.

Q. What is the official language in Bolivia?

A. Bolivia's official language is Spanish.

Q. When is the best time to travel Bolivia?

A. The dry season, which lasts from April to November, is the best season to travel Bolivia as it affords a more favourable climate for tourism.