View all hotels in China

The People's Republic of China is an East Asian country with its capital in Beijing. It is one of the giant, most popular nations of the world and not without just cause. China is very popular for its inventions and innovations mostly in the world of technology. The four great inventions of China are gunpowder, paper, printing, and compasses and these are just four amongst hundreds. China also invented silk. It is one of the four great civilizations of the world with records dating back 4,000 years.
Since China is so massive, its climate differs from region to region. In the northeast China has hot and dry summers and freezing cold winters. North and Central China witness frequent bouts of rain with hot summers and cold winters. Southeast China has plenty of rainfall, semitropical summers and cold winters. The country in general can experience earthquakes and flooding is a fairly frequent experience in the central, southern, and western regions.
China is a unified multi ethnic country being 91.51% Han and having about 55 minorities. The country's official language is standard Chinese (mandarin). China subscribes to atheism, Confucianism, Buddhism, Taoism, Islam (over 22 million), Catholicism (over 4 million), and Protestantism (over 10 million).
Rice is a major staple in China especially for people in southern China where the rice farms are. Other staple foods are soy sauce, noodles, tea, and tofu. China is also famous for inventing chopsticks and wok which they use to eat their foods. The four major cuisines in China are Chuan (representing the West), Lu (representing the North), Yue (representing the south), and Huaiyang (representing the East). Chinese food is very famous around the world for its excellence.
Some tourist locations in China are:
There are several traditional festivals in China that are quite known around the world. A few of these are the Lantern Festival (15th day of the first lunar month), Dragon boat Festival (5th day of the fifth lunar month), Qingming (4th or 5th day of April of the lunar calendar).
There are budget and luxury hotels of the best standards in China. 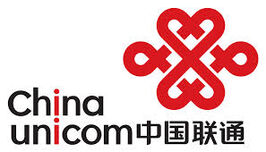 How do I travel out of China?

Get Visa from China

For Chineses looking to travel out of the country. You can check out the list of destinations, how to Get China visa to those countries, Embassies in China and Visa Free Countries for Chinese passport holders

What is China's official unit of currency?

On what side of the road do people drive in China?

People in China drive on the right side of the road.

Is China safe to travel?

China is a relatively very safe country with low rates of violent crime.

Is it ok to tip in China?

China generally does not have a culture of tipping. Sometimes, it is even considered rude to tip an employee in China. It is best to ask the locals wherever you are if it is acceptable to tip first.