View all hotels in Croatia

The Republic of Croatia is located in Central and Southeast Europe on the coast of the Adriatic Sea. Herzegovina, Bosnia, and Montenegro are to southeast of Croatia, Serbia is to the east, Hungary is to the northeast, and Slovenia is to the northwest. Croatia has its capital in Zagreb. The country is popular for quite a number of things quite interesting of which is that the white stone with which the Washington DC White House was built comes from the Island of Brac in Croatia.
Croatia has a Csa climate giving it a warm, temperate Mediterranean climate. Its summers are generally dry and warm and its winters moderate and wet. Generally, Croatia is a rainy country. Croatia has one of the best climates in Europe making it a chief holidaying spot in the continent. The country sees most of its visitors in the summer, especially in July and August, the peak summer months. However, it is best to visit Croatia during the shoulder months (May and September) as the climate is pleasant, the skies are sunny, and the crowds are fewer in these months.
Indigenous Croats make up about 87.98% of the population of Croatia. 7.74% of the population are of minority tribes and 2.64% of the population are indigenous to other nations. Croatia is 87.98% Catholic and 4.42% Orthodox. The official language in Croatia is Croatian.
Every region of Croatia has its own distinct culinary traditional. For instance, in the mainland, cuisine is more influenced by the earlier Slavic culinary practices and the more recent practices of neighboring countries such as Hungary and Turkey. Therefore, cuisine here features spices such as black pepper, paprika, and garlic. In the coastal region on the other hand, culinary tradition is influenced by Greek, Roman, and Italian cuisine and features spices and herbs like olive oil, rosemary, sage, bay leaf, oregano, marjoram, cinnamon, clove, nutmeg, and lemon.
There are several comely locations in Croatia making it pretty hard to pick out a few. However, some very prominent tourist locations are:
There are well over a thousand hotels of all standards in Croatia (especially in the tourist locations) and visitors should have no problems finding suitable accommodations. 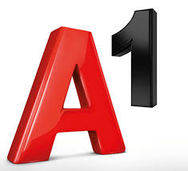 How do I travel out of Croatia?

Get Visa from Croatia

For Croatians looking to travel out of the country. You can check out the list of destinations, how to Get Croatia visa to those countries, Embassies in Croatia and Visa Free Countries for Croatian passport holders

Q: Is Croatia safe to travel?

A: Croatia is one of the safest countries in the world with low violent crime rates. However, visitors should be aware of pick pocketing, petty thefts, bag snatching, and ATM scams.

Q: Does it snow in Croatia?

A: Winters in Croatia can be very cold, making snowfall very likely to occur and pretty heavy when it does occur.

Q: Do I require any vaccinations to visit Croatia?

A: Hepatitis A vaccinations are highly recommended for all visitors above one year of age.

Q: Can I drink the tap water in Croatia?

A: The tap water in Croatia is one of the safest and cleanest in the  world and may be drunk

Q: What is Croatia's official unit of currency?

A: Croatia's official unit of currency is the Kuna.

Q: Does Croatia have a tipping culture?

A: Yes, Croatia has a tipping culture. The country's tipping etiquette stipulates 10% gratuity and if the services were particularly wonderful, 15%.