View all hotels in Denmark

​​Denmark is a small, beautiful, highly egalitarian country in northern Europe with its capital in Copenhagen. The country is known for its world class infrastructural planning, principles of equality, and welfarism. It is a Scandinavian country.
​​
​​The country has a temperate climate with cold, windy winters and short, cool summers. The summer lasts from March to May and spring kicks in from June through to August. It is best to visit Denmark in the summer (most big festivals and events hold then because of the fairer weather) or in the spring. Winter does have appeals such as skiing though for those able to brace against the cold.
​​
​​Denmark is a homogeneous country whose natives are the Danes. Apart from the Danish, several other ethnicities (minorities) call Denmark home. These are the Germans, Chinese people, Turks, and Jews amongst others. The three major themes of Danish culture are simplicity, politeness, and equality. A major aspect of Danish culture is "Hygge" which translates into people taking time off from all the rush and bustle of day to day life to indulge in small pleasures with friends and loved ones.
​​
​​Danes are well known for their love for seafood, but this is not all that meets the eye with Danish cuisine. The Danish national food is fried pork with parsley sauce and potatoes. Other favoured meals are frikadeller (meatballs), polser (hot long sausages), and hakkebof (chopped meat patties). Denmark is 75% christian but accepts and grants equal rights to all other religions.
​​
​​
​​Denmark is a beautiful country with an excellent tourism infrastructure. It is no wonder there are so many exciting places to visit in the country. A few of them are:
​​
​​There are several fascinating facts about this small but mighty country. For one, Denmark has been ranked the happiest country in the world two times in a row in UN global surveys despite the fact that it has one of the highest task rates in the world. Also, the term " Bluetooth" was derived from Harold Bluetooth, the Viking king who introduced Christianity to Denmark over a thousand years ago. Again, the two oldest amusement parks in the world are in Denmark. 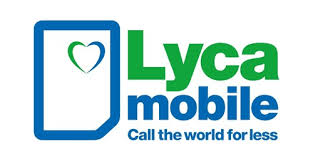 How do I travel out of Denmark?

Get Visa from Denmark

For Danishes looking to travel out of the country. You can check out the list of destinations, how to Get Denmark visa to those countries, Embassies in Denmark and Visa Free Countries for Danish passport holders

Is Denmark a safe country?

Denmark is one of the safest, happiest, and most peaceful countries in the world. The crime rates are relatively very low.

Are Euros accepted in Denmark?

Denmark's official unit of currency is the Danish Kroner. Some Chain stores and supermarkets (particularly in the big cities) accept Euros but this is not necessarily commonplace.

Can I use my credit card in Denmark?

You certainly can. There are ATM machines throughout the country. The most widely used credit card in Denmark is Visa.

Yes, taxis accept all the major credit cards such as Visa, MasterCard, and Verve.

What is the least amount I can withdraw in Denmark?

The least amount withdraw-able is DKK 100.