View all hotels in Ethiopia

Ethiopia is the second-most populous nation on the African continent with over 102 million inhabitants. Its capital city, Addis Ababa has many attractions, which includes the Ethnological Museum, St George Cathedral & Museum, the National Museum, home to the most important collections in sub-Saharan Africa. The best time to travel to Ethiopia is October to February as it marks the beginning of the dry season - one of two only climate seasons in Ethiopia, the other being wet season.
Ethiopia is a multi-cultural and multi-ethnic country, full of vibrant and colourful festivals. The biggest, Timket, is a three-day annual festival that honours the baptism of Jesus Christ in the river Jordan. There are a number of festival across the country, such as:
Ethiopia is the only African country never to have been brought under colonial control and its official language is Amharic, but you will often hear the locals speaking Oromifa and Tigrinya.  Its people are predominantly Christian.
Ethiopia is a vast country and its road infrastructure, though greatly improved in recent years, is still elementary by most standards. Because of this, the most efficient way to move about is through aeroplanes. For intercity or intra-city travel, the main form of public transport is buses. Ethiopia is ranked among the top 10 safest countries in Africa. Most of Ethiopia is relatively trouble-free. But for visitors coming to Ethiopia, it is advised that they avoid the Ogaden region and parts of the south. These are a couple of areas where trouble does flare with worrying frequency.
Axum happens to be one of the oldest cities in Africa and home to the Akusumite Empire. There are ruins around the entire city and if you choose to explore the city, you will find some of the best relics and artifacts in the center of the city. Other places you can visit are:
Ethiopia has a different calendar to the Western Calendar. The Ethiopians believe that one more is always better and have been counting 13 months to their year ever since. This means that 2018 is still 2010 there.
There are a lot of comfortable and luxurious accommodation in Ethiopia. 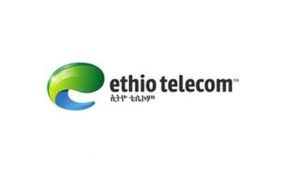 How do I travel out of Ethiopia?

Get Visa from Ethiopia

For Ethiopians looking to travel out of the country. You can check out the list of destinations, how to Get Visa to those countries, Embassies in Ethiopia and Visa Free Countries for Ethiopian passport holders

Is Ethiopia safe for Europeans tourists?

Ethiopia has been at peace for more than 15 years and its economy is one of the fastest growing in the world. There could be pickpocketing and thefts as in any city. If one takes proper care, there is no problem.

Do I need a visa to travel to Ethiopia?

You will need a visa to enter Ethiopia. Visas on arrival are also available for tourists at Addis Ababa (Bole) International airport. It is recommended that you bring cash to pay for this.

Why was Ethiopia never colonized?

Italians attempted to have Ethiopia as their share of Africa. They invaded in 1893 but were defeated by the Ethiopians to become the first European losers in a colonial war.
Fast-forward to the 1930s, however, when Fascist Italy under Benito Mussolini (successfully) invaded and conquered Ethiopia, and held onto it until the end of World War II.  So technically, Ethiopia was invaded and colonized, albeit not for very long at all.

What are some interesting facts about Ethiopia?

What currency is spent in Ethiopia?

The birr is the unit of currency in Ethiopia. Before 1976, dollar was the official English translation of birr. Today, it is officially birr in English as well.

What does thirteen months of sunshine mean?

Ethiopia follows a different calendar, which consists of twelve months of thirty days each and a thirteenth month of five days (six days on leap year). You can see the sun every day of the year That is why Ethiopians call their country - a country where the sun shines thirteen months.
Fun Fact: You will be seven years younger when you arrive in Ethiopia because the calendar is seven years and eight months behind the western calendar.