View all hotels in Fiji

The Republic of Fiji is an archipelago in the Southern Pacific Ocean. It is situated on the continent of Oceania. The nation comprises of about 332 islands and 540 islets scattered over about 3,000,000 square kilometers. More than half of this country is forested making it a quintessential tropical Paradise. Its capital is Suva.
The country has a tropical climate  with June to October being the coldest and driest months. It experiences its greatest rainfall in all districts from November to March during which time hurricanes are experienced about once in every couple of years.
Fijians are known to be very friendly people who are generally very enthused when calling out "Bula!" which means "hello" in Fijian. About 57.3% of Fiji's population is Fijian. The rest is made up of Indians (37.6%) and people of other cultures. The official languages in Fiji are Fijian, English, and Hindustani. The country is 64.5% Christian, 27.9% Hindustan, and 6.3% Muslim. Fiji has some very important customs which visitors must be careful to respect. For instance, you should not wear a hat in a village as it is considered an insult to the village chief. Also, you should not touch someone's head or wear shoes when visiting someone's house.
The Fijian cuisine is diverse with influences from Indian cuisine and spices. It features quite a lot of tropical fruits, vegetables, and proteins such as fish and wild pork. Fijians still employ a traditional way of cooking their meals which is the use of lovo pits (underground ovens). They bury their food under hot coals and cover with palm fronds or banana leaves. Their national drink is kava or yagona which is made from the powdered root of a medicinal plant mixed with water in the traditional bowl (tamoa).
Her major exports are sugar and tourism. The country has such a laid back, fun, relaxed, adventurous pace that dubbing it Fun In Jungle Island (which is also an acronym for Fiji) is all the rage now.
Some great tourist locations to visit in Fiji are:
There are several other lovely places to explore in Fiji. The people also have quite a past. For instance, Fijians were once proud cannibals before Christianity gained the upper hand. In several museums, souvenirs from their brutal past are on display. Almost half of Fiji's entire landmass is forestation.
There are luxury hotels on the beaches and budget hostels for backpackers in Fiji 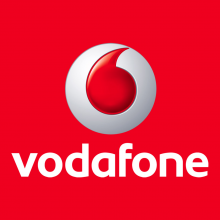 How do I travel out of Fiji?

Get Visa from Fiji

For Fijians looking to travel out of the country. You can check out the list of destinations, how to Get Fiji visa to those countries, Embassies in Fiji and Visa Free Countries for Fijian passport holders

Is "Fiji Water" really from Fiji?

"Fiji Water" is derived, bottled, and shipped from Fiji, yes.

Is tipping necessary in Fiji?

Tipping is neither commonplace nor particularly encouraged in Fiji. But you may choose to do so.

Is Fiji safe for visitors?

Fiji is very safe for visitors. Caution must however be exercised to avoid unsafe places and theft.

What currency do Fijians use?

Fiji's official unit of currency is the Fiji Dollar.

Fiji was colonized by Britain.

On what side of the road do Fijians drive?

Fijians drive on the left side of the road.