View all hotels in Finland

Finland which has its capital in Helsinki boasts of over 1.7 million tourists visiting the region yearly with visiting times peaking in August and December. This is because Finland has 4 seasons, with summer and winter being the most popular periods, due to the number of fun activities they offer. Finland is generally homogeneous, with Finish people accounting for 93.4% of the population, Swedes 5.6% and Russians 0.5%. In Finland, their cuisine is usually a combination of traditional and haute cuisine consisting of fish, meat, Wholemeal products, berries, Milk, and its derivatives. Because of its homogeneous nature, the most spoken language is Finish but you should be fine as almost every citizen has some knowledge of the English language.
Finland is a large and sparsely populated country but its transportation network is among the best in Europe. There is a total of 27 airports located in the region of which five have regular international flights. Visitors can also choose to travel by sea as there are a plethora of cruise ships and boats that traverse between cities. If travelling by seas is not to your liking, Finland has an extensive road, rail and cycling routes. Finland is among one of the safest countries in the world, however as with all big cities crimes like petty theft such as stealing wallets are common.
Finland is a nation that is rich in natural sights and known for its gender equality and happiness rate. Helsinki the capital and its most populous city is filled with neo-classical buildings which have been used as backdrops in famous movies such as The Kremlin letter and Reds. It also has numerous museums ranging from art to their military history as well as fort Suomenlinna a UNESCO world heritage site. Finland’s unique position on earth makes it a prime location to experience aurora lights and the midnight sun where the sun never sets between May and September.
There are many places of interest in Finland ensuring that you'll always be preoccupied with things to do while visiting. Some of the most fascinating attractions include:
There a wide range of accommodation choices in Finland ranging from regular hotel, and bed & breakfast to the more authentic cabins and farm stays and Igloos.  The variety ensures that you'll find the perfect place irrespective of budget. When coming to Finland in the summer casual clothes are fine, while in the winter, you would need winter jackets, thermal wears and snow boots. 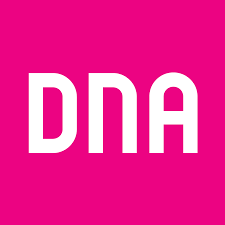 How do I travel out of Finland?

Get Visa from Finland

For Finnishes looking to travel out of the country. You can check out the list of destinations, how to Get Finland visa to those countries, Embassies in Finland and Visa Free Countries for Finnish passport holders

When is the best time to visit Finland for Northern lights?

The best time to visit Finland for the Northern lights is between September to March.

Is Finland an expensive place to visit?

Cost is subjective but as a guide, the prices are on par with other Northern European countries.

Is English spoken in Finland?

Yes, Finland is among the best English speakers in Europe.

How is the Finland weather in December?

In December, the average temperature is -6oC with highs reaching -3oC and lows dropping to -9oC.

What is the Finland visa requirement in Nigeria?

You'll need a filled application form with two passport pictures in a white background, travel medical visa insurance, a cover letter stating the purpose of visit to Finland and itinerary, proof of accommodation for the whole duration of intended stay, proof of sustenance (Financial statement), and proof of civil status.

Where is the best place to stay in Finland to see the Northern lights?

You are more likely to see the Northern lights in Lapland.