View all hotels in Guadeloupe

Guadeloupe is a group of nine islands in the Caribbean with Grande-Terre and Basse-Terre being the two main islands, and an overseas department of the country-France. The first European to land in Guadeloupe was Christopher Columbus, in 1493. He named it Santa Maria de Guadalupe de Extremadura, after the Virgin Mary's image in a monastery in Guadalupe, Extremadura.
Guadeloupe covers a total area of 687 square miles, with 659 square miles being land. The capital city of Guadeloupe is Basse-Terre with a population of approximately 12,750, while its largest city Pointe-a-Pitre has a population of approximately 133,000.
Slavery was abolished in Guadeloupe in 1848. The currency used is the Euro, because the country is an overseas department of France. Guadeloupe's official language is French, but Creole is also common and is considered to be the second language of Guadeloupe.
There is an active volcano in Guadeloupe called La Soufriere, on the island Basse-Terre. Guadeloupe is susceptible to hurricanes because of its location. Hurricanes may occur any time from June through November and the most likely time is during September. Average air temperatures in coastal areas range from 22º to 30º C (72º to 86º F) and in inland areas, from 19º to 27º C (66º to 81º F).
Christopher Columbus discovered pineapples when he visited Guadeloupe and named it 'pina de Indias' which translates as 'pine cone of the Indies'. Guadeloupe’s agricultural industry produces eggplant, bananas, cocoa, gourds, sugar cane, pomegranates, and jackfruit.
There are several fun places to visit in Guadeloupe but the top rated ones include:
Guadeloupe's famous dance 'biguine' is a Creole dance still performed in colorful costume. All Guadeloupe's islands has excellent opportunities for birding, photography, hiking, and water sports such as swimming, and scuba diving. Guadeloupe also hosts many colorful carnivals and festivals, including the five-day Mardi-Gras Carnival ending on Ash Wednesday.
School is compulsory from ages two to sixteen. Education is highly valued as a means of social mobility.  The Université des Antilles-Guyane operates a campus in Guadeloupe.
Christianity is the dominant religion in the country, with Catholics being the majority. Protestant such as Evangelists, Adventists, and Baptists have competed with the Catholic Church for congregations. Many people still believe in the forces of good and evil, spirits and supernatural creatures with powers.
There are over 100 hotels in Guadeloupe to provide you with comfort when you come visiting. 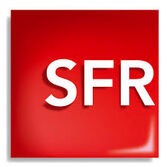 How do I travel out of Guadeloupe?

Get Visa from Guadeloupe

For Guadeloupians looking to travel out of the country. You can check out the list of destinations, how to Get Guadeloupe visa to those countries, Embassies in Guadeloupe and Visa Free Countries for Guadeloupian passport holders

What is the best time to visit Guadeloupe?

The best time to visit Guadeloupe is from December to May, when the weather is warm and dry. Although, pleasant temperatures last throughout the year, August and September's hurricane season can threaten your travel plans.

Do people in Guadeloupe speak English?

Guadeloupe's official language is French, but many Guadeloupeans speak Creole as well. There are some English-speakers at the resorts and other popular tourist areas.

Do you need a passport to travel to Guadeloupe?

For US citizens,  If your stay is under 90 days, you do not need a visa to travel to Guadeloupe. Although, proof of onward or return travel may be required. While for other citizens, you will need a Visa to visit the country.