View all hotels in Guinea

Formerly known as French Guinea and now sometimes called Guinea-Conakry, gained her independence on the 2nd of October, 1958. The country has an area of 245,860 square kilometers and has its capital city as Conakry which is the largest city in the country and has a population of 1,667,864.
Guinea’s economy is largely dependent on agriculture as it employs about 80% of the country’s population. It is also blessed with minerals including diamond, gold, and bauxite as it is the world’s second largest producer of bauxite.
Islam is predominant in Guinea as Muslims make up 85% of the population. Its official language is French although, other indigenous languages are being spoken in the country, Susu is the most commonly spoken language in Conakry. Rice, sorghum, millet, and cassava are common foods in Guinea which is usually eaten with sauce.
Children tend to work very hard at a young age, helping out with farm work and cooking and so, they do not attend schools especially the girls but mostly because their parents cannot afford their school fees and money for uniforms. Although there are universities in Conakry, scholarships are being awarded on a very competitive basis.
Guinea is one of the wettest countries in West Africa and so has a high amount of rainfall from June to November while the country experiences its dry seasons which comes with harmattan from December to May which is the best time to visit the country.
Malaria is prevalent in Guinea and it is the major cause of disability in the country. There is also a high case of HIV/AIDS which is mainly caused by unprotected sex and having multiple sexual partners. There was a serious outbreak of Ebola in 2014 which killed many people.
The use of taxis or cabs is common in Guinea as majority of the population use it to move around. Donkeys and horses are also used to transport things like construction materials. There are also airports in the country with Conakry international airport being the largest.
There are many tourist attractions in guinea but a few of them are listed below 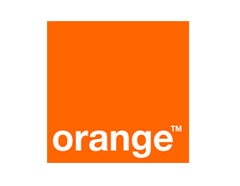 How do I travel out of Guinea?

Get Visa from Guinea

For Guineans looking to travel out of the country. You can check out the list of destinations, how to Get Guinea visa to those countries, Embassies in Guinea and Visa Free Countries for Guinean passport holders

What is the colour and meaning of Guinea’s flag?

The colours of the flag are red, yellow, and green which signifies struggle for independence, the sun and riches of the land, and the country’s vegetation respectively.

Is Guinea a rich country?

Although, the mineral wealth of the country makes it one of Africa’s richest country, its people are one of West Africa’s poorest.

The country was colonized by France.

Why is the country named Guinea?

It is named Guinea because the country lies along the Gulf of Guinea.

How many visitors come to guinea annually?