View all hotels in Iran

The Islamic Republic of Iran (also called Persia) is a Western Asian country with Tehran as its capital and largest city. The Persian culture is one of the oldest in the world having influenced cultures like that of Italy, Macedonia, Greece, Russia, and the Arabian Peninsula. Persian carpets and rugs are world renowned for the beauty of their intricate designs and the country single handedly produces more rugs and carpets than all other countries put together.
There are ideal temperatures across Iran from March till May and then from September to early November. Summers here are very hot. Winters should be completely avoided as it gets very cold with heavy snowfall, especially during December and January.
Iran is 61% Persian, 16% Azerbaijani, 10% Kurdish, and 6% Lur. It has one of the richest art heritages in the world encompassing crafts like painting, calligraphy, architecture, metal working, stone masonry, pottery, poetry, etc. It is an Islamic nation and it is illegal for girls above the age of nine to not wear hijabs and for men to wear shorts or neckties. Iran's official language is Persian but other languages like Turkic and Kurdi are also spoken.
A typical Iranian dish comprises of rice, meat (mostly grilled lamb or chicken), vegetables, and nuts. Common place fruits are plums, pomegranates, quince, prunes, apricots, and raisins. Common place flavours are saffron, dried lime, cinnamon, turmeric, and parsley. Pork and alcohol are forbidden in Iran.
There are several fascinating locations in Iran some of which are:
There are several fascinating facts about Iran. For instance, the world's first windmills were invented here. It is also believed that the first postal mail system was created in Iran back in 550 BC. Iran has the largest population of Jews in the Middle East after Israel.
There are thousands of hotels in Iran ensuring that accommodation is fairly easy to come by. 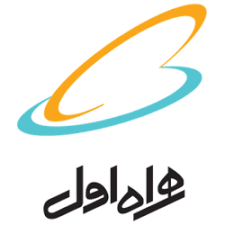 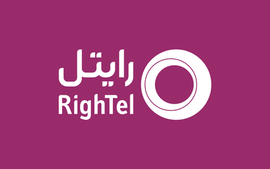 How do I travel out of Iran?

Get Visa from Iran

For Iranians looking to travel out of the country. You can check out the list of destinations, how to Get Iran visa to those countries, Embassies in Iran and Visa Free Countries for Iranian passport holders

Q: Is Iran safe for visiting?

A: Yes, it is safe to visit Iran. In fact, Iran is one of the safest countries to visit. However, you are not allowed to publicly kiss your significant other or drink wine so residing in the country is another matter entirely.

Q: Can tourists drink in Iran?

A: Drinking is banned but widespread especially amongst the wealthy.

A: Iranians are not Arabs and do not speak Arabic.

Q: On what side of the road do Iranian drive?

A: Persians drive on the right side of the road.

Q: What is Iran's official unit of currency?

A: Iran's official unit of currency is the Iranian rial.