View all hotels in Japan

Japan is home to about 127 million people, only inhabiting approximately 430 of its 6,852 islands. Its capital city, Tokyo is located on the Honshu Island, the largest of all the islands. Tokyo is a popular spot for its insistence on mixing the ultramodern with the traditional as is evident in its waterfront sushi bars and its historic temples and Imperial Castle.

The best times to travel to Japan are between March and May which mark the Spring season in the country, although travellers who might want to engage in Japan’s famous ski season might consider traveling between December and February instead.  In Japan, the official language is Japanese, with over 7 different dialects of the language and the population is predominantly either Shinto or Buddhist with a few minorities in Islam and Christianity. The traditional foods of Japan are based on rice with miso (fermented soy) soup and an emphasis on seasonal ingredients like persimmon, sweet potatoes and the Pacific Saury. It is worthy of note that Japan has the most restaurants with Michelin stars in the world.

The most effective way to travel through Japan is the use of its Shinkansen (or bullet trains), one of the fastest trains in the world, although there are bus routes that connect the most remote places and tourist attractions. Travellers going to Japan generally need not worry about crimes like mugging or theft since Japan is considered to be one of the safest places in the world, ranking top ten in the Global Peace Index. Natural disasters like earthquakes, which Japan has become quite infamous for, also seem to be occurring less frequently in recent times with the last earthquake having been recorded in December 2012.

There are hundreds of interesting places to see in Japan,  the most notable of which include:

Japan is such a culturally rich country that there is almost one festival or activity to partake in. An example is the Gion Matsuri Festival in Kyoto which takes place throughout the entire month of July. Other notable festivals include the Awa Odori festival in Tokushima taking place between 12th and 15th of August, the Yuki Matsuri in Sapporo which features gigantic snow sculptures in February and a host of others. Popular activities for tourists include visiting Tokyo’s Disneyland, the Japan Rail Pass, shopping in the massive train districts, and visiting the numerous themed parks scattered around Tokyo, one of which is VR-themed in Shinjuku.

One of the most fascinating things about Japan and its people is their love and appreciation of the Sakura blossom (Cherry blossom). The Cherry Blossoms only bloom for about a week in Japan and naturally, the country prides itself on knowing when precisely the little pink flowers will first come to life. It is quite commonplace for TV screens to track where the flowers will first come to life and where they will be seen next.

Staying in Japan can either be extremely frugal with tourists having the option of staying in hostels and dorms for between $12 and $25 per person or on the other side of the spectrum with lodging costing about $70 per person in business hotels. 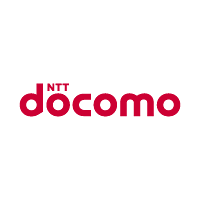 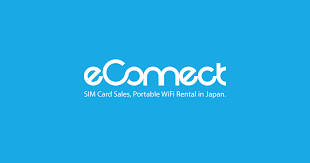 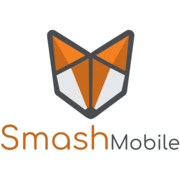 How do I travel out of Japan?

Get Visa from Japan

For Japaneses looking to travel out of the country. You can check out the list of destinations, how to Get Japan visa to those countries, Embassies in Japan and Visa Free Countries for Japanese passport holders

How many languages does Japan speak?

The most widely spoken language in Japan is Japanese, which is separated into a large number of dialects with the Tokyo dialect considered standard Japanese. In addition, speakers of Korean and Chinese languages also reside in Japan.

How many capitals has Japan had?

In more than 1,500 years of history (since 532), Japan has really only had three capitals, Nara, Kyoto, and Tokyo. Other places have been the administrative center and the military capital, but the Emperor has always resided in one of these three cities.

Where do tourists stay in Tokyo?

Tokyo is huge, so it's important to stay somewhere convenient. The best places to stay are Shinjuku, the Tokyo Station Area, Ginza/Hibiya, Shibuya or Roppongi.

How did Japan get its name?

The Japanese word for Japan, Nippon or Nihon, literally translates into “the land of the rising sun”. Based on its eastern position relative to China, Japan was believed to be the first place to see the sunrise every day.

What are the best rural places to visit in Japan?

The best villages for tourism in Japan include Takayami, Karuizawa, Otaru, Nara, and Kanazawa.

Is Japan safe for female travellers?

Japan is a relatively safe country for women travellers.