View all hotels in Jordan

Jordan is a small country which has its capital in Amman, attracts over a million tourist annually with peak travel times occurring in the summer. Although Jordan has 4 seasons it receives about 310 days of sunlight due to it being primarily a desert. Jordan is a predominately Islam nation that has a unique culture when compared to other Arab nations as a result of the western world’s influence. Jordanian cuisine primarily consists of meat (lamb, beef and goat), poultry, that is usually baked, grilled, roasted or sautéed. Like most Arab countries, the majority of its citizens practice Islam while the minority practice Christianity. The national language in Jordan is Arabic, however, English is spoken in urban areas particularly in Amman.
Jordan has 3 commercial airports but only has one domestic route between Amman and Aqaba because of how small the country is. There are however public buses and taxis available and you can rent vehicles equipped with GPS to get around. For travellers coming into the country, it is advised that you dress appropriately as Jordan is a conservative country. Beyond that, it is relatively safe even if you travel Independently.
Jordan is a culturally rich nation with a lot of tourist attractions. Petra, one of its cities is famous for being an important part of the Silk Road to China. It is home to ancient buildings built into high cliffs such as the Al Khazneh building and tombs in the southern part of the city. Blockbuster movies such as Indiana Jones and Transformers have also been filmed in Petra. You can also visit the Dead Sea whose high mineral salt concentration makes it impossible for a human being to sink. If you want to explore your spiritual side, a trip to Madaba south-west of Amman would be perfect.  It is home to Mount Nebo, the famous mountain where God Showed Moses the promised land.
There are countless places to visit in Jordan such as:
There are lots of hotels and apartments to stay in granting you multiple options to choose from especially in Amman. Travellers should come with light clothing as the weather is hot most time of the year. 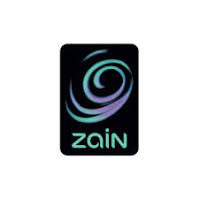 How do I travel out of Jordan?

Get Visa from Jordan

For Jordanians looking to travel out of the country. You can check out the list of destinations, how to Get Jordan visa to those countries, Embassies in Jordan and Visa Free Countries for Jordanian passport holders

Yes, Jordan is a very safe country. Travellers should dress conservatively to avoid any unwanted confrontations.

What is the dress code in Jordan?

When planning your trip (women particularly) remember that you are a going to a Muslim country. You should not wear any clothes that show too much skin. Women and men can wear shorts but it is preferable to avoid them when walking in Amman’s city centre.

Can you drink alcohol in Jordan?

Although Jordan is a predominately Muslim country, alcohol is not considered a social taboo and is offered in restaurants, bars and resorts.

What is the Petra entrance fee?

What is the Wadi Rum entrance fee?

It costs 5JD to enter Wadi Rum for foreigners.

Can I use US dollars in Jordan?

Yes, US dollars are widely accepted in Jordan but it is advisable that you get Jordanian Dinars.