View all hotels in Macedonia

Macedonia gained independence in 1991. It has a parliamentary democracy.
The country covers a total area of 25,713 sq. km. Trains, buses, taxis, and cars are the means of transportation in the country. There are about 17 airports in the country of which two are international airports.
Christianity is the major religion in the country with the Eastern Orthodox Christianity taking about 65% of the population while other Christian denominations account for 0.4%. Muslims account for 33.3% of the population. The other 1.4% are unaffiliated to any religion.
Although many languages are being spoken in Macedonia, Macedonian and Albanian are the two official languages of the country. The Macedonia cuisine is a blend of Greek, Turkish, Italian, and German dishes. It is famous for its Šopska salad, an appetizer and side dish which accompanies almost every meal.
Winter in Macedonia is generally cold. The average temperature in January is around freezing (0 °C or 32 °F). Albania has a Mediterranean climate, with hot, dry summers and cool, wet winters in the lowlands. In the highlands, snow can fall from November until March.
Art, architecture, poetry, and music makes up Macedonia’s rich cultural heritage. The country holds annual music, poetry and cinema festivals. There are some popular festivals like the Ohrid Summer festival of classical music and drama, the Struga Poetry Evenings, International Camera Festival, Open Youth Theatre and Skopje Jazz Festival etc.
There are several fun places and tourist attractions in the country some of which are:
The country records over 28,000 visits in a year. in Macedonia, there are about 300 recognized hotels most of which are in the country’s capital, so there are nice and comfortable places to stay when you visit. 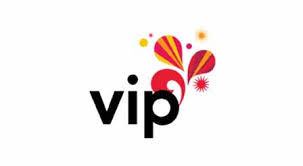 How do I travel out of Macedonia?

Get Visa from Macedonia

For Macedonians looking to travel out of the country. You can check out the list of destinations, how to Get Macedonia visa to those countries, Embassies in Macedonia and Visa Free Countries for Macedonian passport holders

Is Macedonia safe to visit?

It is perfectly safe and one can travel around this small nation with a calm mind.

What kind of food do they eat in Macedonia?

Was Macedonia ever part of Greece?

Yes, it was a part of Greece. Macedonia is in fact part of Northern Greece.

Is Macedonia a country or a city?

Macedonia is a country and its capital city is Skopje.

What was Macedonia called before?

In 1963, Macedonia was named the "Socialist Republic of Macedonia" but dropped the socialist when they gained independence in 1991.