View all hotels in Malaysia

Malaysia was colonized by the British and gained her independence on the 31st of August, 1957. Its capital city Kuala Lumpur and Putrajaya is the largest city in the country.
The official language of the country is Bahasa Melayu (Malay language) and the second official language is English. Islam is the main religion of Malaysia, although other religions like Buddhism, Christianity, and Hinduism are also practiced in the country.
Malaysia offers free education to Malaysian citizens in public schools up to secondary level and subsidizes tertiary education in the public universities. Also, healthcare services are subsidized and are free for school children, pregnant women, and disabled persons.
About 20% of the world’s animal species are in Malaysia as it is a home to numerous species of birds, frogs, insects, reptiles, mammals etc. Its waters are a biodiversity hotspot as it has about 1200 fish species.
Malaysia is one of the world’s largest producers of Tin, Rubber, and palm oil. Manufacturing, international trade, tourism, export of natural and agricultural resources as well as petroleum, make up the country’s economy.
Malaysia ranks 19th country in the world with the best roads. There is a modern and effective railway transportation, buses, ferries, and airplanes which makes movement in the country easier. The country has about 118 airports of which the national airline is the Malaysia Airline.
Malaysia’s weather is hot and humid all year. The wet season on the east coast is from November to February, which is when the west coast experiences sunny, dry weather. In contrast, the wettest months on the west coast are April to October, which are the driest months on the east coast. The best time to visit is from November to March.
Many cultures in Malaysia and its surrounding areas have highly influenced the dishes of the country. Rice is a very popular food in the country. Nasi lemak, a popular dish in which rice is steamed with coconut milk and pandan leaves to give it a rich fragrance. It is frequently referred to as the national dish of the country.
Hari Merdeka (Independence Day) is a common holiday celebrated in the country on the 31st of August. Other holidays include: The main religion’s public holidays, Labour Day (1st May), the king’s birthday (first Saturday in June), New Year, Chinese New Year etc.
There are so many tourist attractions in the country some of which are;
The country recorded about 25.9 million tourist visits in 2018. There are about 420 hotels in the country where one can stay during visits the bulk of which are in the capital city and Johor. 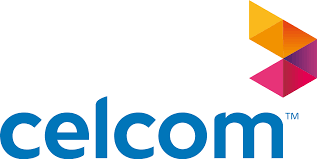 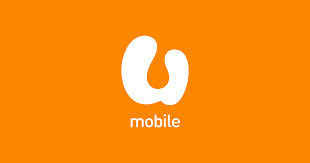 How do I travel out of Malaysia?

Get Visa from Malaysia

For Malaysians looking to travel out of the country. You can check out the list of destinations, how to Get Malaysia visa to those countries, Embassies in Malaysia and Visa Free Countries for Malaysian passport holders

What do the colors on the Malaysian flag mean?

The red, white, and blue colors used in the flag mean that the country belongs to the Commonwealth. The star and the crescent mean that Islam is the country's official religion. The yellow color is a reminder that the Malay Rulers are independent of foreign control.

How do people greet in Malaysia?

Is it okay to wear shorts in Malaysia?

It is preferable to wear trousers in Kuala Lumpur, it is fine to wear skirts and shorts but make sure it is not too short.

Is Malaysia a safe country to visit?

Malaysia is a relatively safe country. Violent crimes are uncommon, however, assaults and robberies do occur rarely. The most frequent crimes against foreigners are purse snatching, pickpocketing, and others petty thefts.

Does Malaysia have snow?

Malaysia has snow and it splashes all over Mount Kinabalu.