View all hotels in Mauritania

Nouakchott is the capital of Mauritania, and is also the Largest city in the the country. It is located on a plateau near the West African Atlantic coast. The best time to visit Mauritania for ideal weather experience is from Mid-November to Early- March.

The climate in Mauritania is desert-like, but three different climatic regions are distinguished; Southern Mauritania has a Sahelian climate; there is one rainy season from July to October; coastal region, which is arid, the average maximum temperature at Nouadhibou for January is 26° C (79° F ), and for October 32° C (90° F ), average minimums are 13° C (55° F ) for January and 19° C (66° F ) for July; north of Atar about two-thirds of the country has a Saharan climate. Daytime temperatures exceed 38° C (100° F ) in most areas for over 6 months of the year, but the nights are cool.

The culture of the people of Mauritania is greatly influenced by many cultures, including the ancient Berber people, the Moors and the French, and these influenced can be seen in their music and cuisine.

The Mauritanian cuisine is simple, and is based largely on dishes made from lamb or goat meat paired with rice or other grains like maize meal or couscous.

The official language spoken in Mauritania is Arabic, but also french is common due to the colonial influence, and some others like various Afroasiatic languages, including the Berber Zenaga and Tamasheq idioms.

There are 22 airports in Mauritania, and if you prefer a cheaper means there are minibuses and Bush taxis available, also train transportation can be pleasant and if very affordable. Mauritania struggles with poverty, terrorism, escalating crime rates and heavily mined border areas, and this makes the risk of terrorist attacks high, also kidnapping is not uncommon.

Mauritania is still in the development stage of its festival culture, but there are few events that can be enjoyed when visiting the country; African Liberation Day - held on the 15th of May, it celebrates the anniversary of the founding of the Organization for African Unity, known today as the African Union; Tabaski - This is a two-three day Islamic festival held in October, it commemorates the Prophet Ibrahim’s willingness to sacrifice his first-born son to God; Diwali - held every November and is celebrated by the Hindu community living in Mauritania; National Independence Day - Mauritania celebrated its independence from France in 1960. National Independence Day is an important marker of liberation not only in Mauritania, but also on the African continent as a whole.

There are a lot of attractions in Mauritania that exhibit and reflect the rich Mauritanian culture. Some of these include:

There are over 1000 hotels and accommodations in Mauritania that will appeal to your taste and satisfy your longing. One fascinating thing about Mauritania is that it was one of the last countries to abolish slavery. It passed a law in 1981 to abolish slavery. Yet, according to recent estimates, despite the legislation against slavery, there still exists over 50,000 slaves in Mauritania. 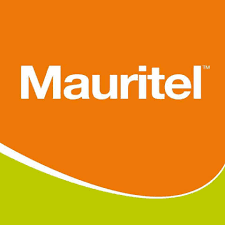 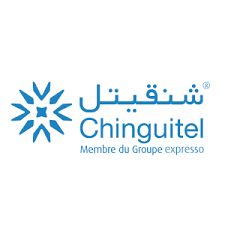 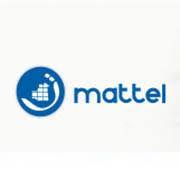 How do I travel out of Mauritania?

Get Visa from Mauritania

For Mauritanians looking to travel out of the country. You can check out the list of destinations, how to Get Mauritania visa to those countries, Embassies in Mauritania and Visa Free Countries for Mauritanian passport holders

How wealthy is Mauritania?

What currency is used in Mauritania?

The Mauritanian Ouguiya is the currency used in Mauritania.

How many languages are spoken in Mauritania?

Modern Standard Arabic is the recognized official language of Mauritania. French is spoken as a foreign language in the country, and there are several minority languages are also spoken by the ethnic minorities living in Mauritania. These include Wolof, Pulaar, Soninke, and Bambara.

What is the GDP of Mauritania?

How much milk does Mauritania consume annually?

Mauritania has the 59th-highest annual milk consumption per capita (135.0 kg) in the world.