View all hotels in Moldova

Moldova is a landlocked country in Eastern Europe with its capital and largest city in Chisinau. April to May is the ideal travel time to visit Moldova as the temperature is mild and the countryside is alive with color. The climate seasons in Moldova is split into summer, fall, spring and winter seasons. The Moldovan ethnic group is the largest and major ethnic group in Moldova, while the Romanians, Ukrainians, Gagauz, Russians and Bulgarians form the minority ethnic group. The people of Moldova are predominantly Christians however; the other religion practiced here is Judaism.  The best known Moldova dish is the Romanian dish (Cornmeal mush/porridge). Other popularly eaten food eaten here include, Sarmale, Placinta, Mamaliga and Zeama. Romanian (Moldovan) is the official language, but you will hear the locals speaking Ukrainian, Gagauz and Bulgarian too.

There are a few options for getting around Moldova, from driving yourself to public transport to trekking on your feet. You can use trolley buses, taxis, minibuses, trains, or motorcycles for getting around the city. Moldova is a relatively safe country for travelers to visit. It is advisable to avoid large crowds and be vigilant. It is not recommended to walk the streets at night because they are often not well lit and you are likely to trip over something in the dark, or get hit by a car that can’t see you.

The Moldovan culture, traditions, music, dance and folklore is alive in its festivals and events. The annual Moldova Wine Festival is one of the most popularly celebrated. The festivals in Moldova are a blend of contemporary music, drama, vibrant arts, food and wine. Whenever you are visiting Moldova, you should attend the Festei Theatre Festival, Night of Museums, Martisor Music Festival and Ethno Jazz Festival.

Moldova is a perfect tourist destination with its breathtaking attractions, sights and cultural landmarks. Fascinating places of interest you should absolutely see while exploring Moldova include:

There are over 10,000 hotels and apartments to stay in Moldova, so you will be spoiled for choice especially when in Chisinau. 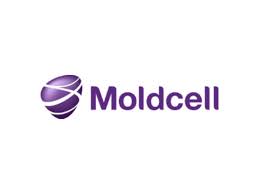 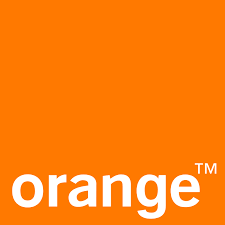 How do I travel out of Moldova?

Get Visa from Moldova

For Moldovans looking to travel out of the country. You can check out the list of destinations, how to Get Moldova visa to those countries, Embassies in Moldova and Visa Free Countries for Moldovan passport holders

What currency is used in Moldova?

The Moldovan Leu is the currency used in Moldova.

Is the English Language spoken in Moldova?

The official language of Moldova is Romanian, Russian is also widely spoken by the Moldovan people and a Turkish dialect called Gaguaz is spoken in some areas. However the English Language is not widespread, though it is now being taught at school from the first year of study.

The tap water in Moldova is generally safe to drink, but it's always advisable to carry along your own water bottle, which you can usually fill with purified water for free at hotels and restaurants.

Do US citizens need a visa to visit Moldova?

US citizens do not generally need a visa to visit Moldova. If you have a U.S. passport, you do not need a visa to enter Moldova. You can stay up to 90 days before you require a residence permit.

Chisinau is known for its active and vibrant nightlife which is fuelled in part by the quality and tasty Moldovan wines and high spirited nature of the capital's young residents.