View all hotels in Monaco

Monaco, the second smallest and densely populated nation in the world has its capital city in Monaco also. Monaco is a city state which is divided into four areas: Monaco-Ville, the Condamine, Monte-Carlo, and Fontvieille. The best travel time to visit Monaco is in the Spring or Fall, when the weather is pleasant and warmer. Summer in Monaco is usually very warm and sunny, it is the best time to experience Monaco at its liveliest. Monaco is less crowded with tourists in the winter and the weather is milder also. Monaco's culture is greatly influenced by the French, Italian and Spanish cultures. It's ethnic groups are made up of the Italians, French, Monegasque and Occitan, while Christianity is predominately practised here. It's popular foods include rice, chickpea flour pancakes, stocafi, and barbagiuan. While French is the official language spoken, some of the locals often speak English, Italian, Occitan and Monegasque.

Monaco has no airport of its own, the Nice Côte-d'Azur International Airport is the only airport you can use to fly into Monaco. You have to stop at the airport in France and then take a bus into Monaco. For getting around the country, walking is the best way to get around Monaco. You can also get around with taxis, buses, car rentals, bicycles and motor scooters. Monaco is considered to the safest travel destination in Europe and the crime rate is relatively low.

Monaco is famous for its luxurious hotels, resorts and casinos. In the bustling district of Monte Carlo, which is its main residential and resort area, you will find the best of stores and shopping centers in Europe and also the famous Monte Carlo Casino. It's oldest commercial area is in the district of La Condamine, which features the ports and the Condamine market. The Fontvieille district is the economical and industrial area of Monaco, with a large array of industries from bakeries, chocolate plants and flour mills here. The old town of Monaco-Ville is home to small boutiques selling souvenirs and local arts and crafts as well as charming restaurants serving a large selection of regional cuisines. Whenever you are visiting Monaco, there are a lot of great and fun festivals you should attend like, the International Circus Festival, Formula 1 Monaco Grand Prix, Monte-Carlo International Fireworks Festival, and the Spring Arts Festival which showcases music, dance, arts, and theatre performances held in world-class venues across Monaco.

Fascinating attractions to see whenever you are exploring Monaco include :

There are over 10,000 hotels and apartments to stay in Monaco so you will be spoiled for choice especially when in Monte Carlo. 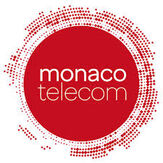 How do I travel out of Monaco?

Get Visa from Monaco

For Monegasques looking to travel out of the country. You can check out the list of destinations, how to Get Monaco visa to those countries, Embassies in Monaco and Visa Free Countries for Monegasque passport holders

Do European citizens need a visa into Monaco?

A Monaco visa is not required for citizens of United States. However, you will need a passport valid for 6 months past the entry date.

How safe is Monaco?

The safest place in europe is Monaco. Security for this country is provided by an armed national police force consisting of 515 men and women, giving it the reputation of being the "safest square mile" in Europe.

Monaco is on the Mediterranean and they eat a healthy variety of non organic meals, from fresh seafood, olive oil, fruits, vegetables, nuts and whole grains which also ensures a healthy eating lifestyle.

Do the locals speak English in Monaco?

While French is the official language in Monaco, most people speak English and Italian. It is quite hard to come across a local who doesn't speak English, which can be very helpful for tourists too.

Is US dollars accepted as a medium of currency in Monaco?

The national currency in Monaco is the Euro. US Dollars are not accepted in most establishments; however, some hotels, shops and restaurants may accept your currency if agreed upon exchange rate.