View all hotels in Nepal

Nepal covers an area of 147,181 sq. km. Its largest city, Kathmandu is the capital of the country. The first female president of the country is Bidhya Devi Bhandari.
Agriculture, Manufacturing industries, and services make up the country’s economy. Tea, rice, corn, wheat, sugarcane etc. are some of the agricultural products grown in the country.
Nepal experiences five climate seasons namely spring, autumn, summer, monsoon, and winter. The best time to visit are during spring and autumn. Spring is the time for rhododendrons while the clearest skies are seen after the monsoon season in October and November.
Transportation is somewhat difficult in Nepal due to its mountainous nature. There are road transport systems, railways, and airports in the country to make movement from one place to another easier.
86% of the population practice Hinduism, 8% are Buddhists, 4% practice Islamic religion and about 1% of the population are Christians. There are very few traditional worshippers although most people in the rural areas still believe in the existence of witchcrafts, ghosts, and spirits.
The official language of the country is Nepali. Other languages are also spoken in the country. The customary way of greeting is by putting one’s palms together in front of your chest and saying “Namaste”.
The main meal in the country is Dal, Bhat and Tarkari. Nepalese take this meal twice a day. Some people substitute rice (Bhat) with "dhedo" which is made from flour and water or butter. Most of the Nepalese people use their bare fingers to eat.  They do not eat beef items. It is recommended that you don’t ask for beef items anywhere and in any part of Nepal. Nepalese people find it offensive.
Some tourist attractions in the country include;
The Bodhanath Stupa is one of the largest stupas in the world, and is a UNESCO World Heritage Site. The stupa sustained minor damage during the 2015 earthquake but is now in good condition. The stupa is a symbol of enlightenment.
About 300 hotels are in the country to provide comfort when you visit. In 2012, the country recorded about 598,204 visits. Nepal is a very exciting place to spend your holiday. 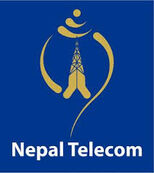 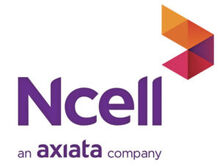 How do I travel out of Nepal?

Get Visa from Nepal

For Nepaleses looking to travel out of the country. You can check out the list of destinations, how to Get Nepal visa to those countries, Embassies in Nepal and Visa Free Countries for Nepalese passport holders

What are the People in Nepal Called?

They are called Nepalese or Nepali people.

What is the significance of the Nepal flag?

The blue border symbolizes peace, while red is the color of the rhododendron, Nepal's official flower. The crescent moon represents the royal house, while the sun represents the Rana family. The two triangles symbolizes the Himalayan Mountains.

Do they eat meat in Nepal?

Yes, Nepalese eat meat but not beef. They eat the meat from a male goat or sheep.

What is a fact about Nepal?

Is it safe to travel to Nepal?

Nepal is generally a safe country although, there are rare cases of petty crimes.