View all hotels in Norway

Norway is a European country located at the Northwestern part of Europe. Oslo is the capital and the largest city in the country.
The standard of living in Norway is among the highest in the world as it has the second largest GDP in Europe and the sixth largest in the world. It is the second richest country in the world in monetary value. Its economy is a mixed economy and the country is endowed with natural resources including petroleum which makes up about 30% of the economy.
The official languages of the country are Norwegian and Sami. English is also a primary foreign language that is taught in schools across the country. Majority of the population are fairly fluent in English.
About 71% of the population are members of the Church of Norway. 10% of the population are not affiliated to any religion, 5% belong to other Christian denominations with Catholics taking the lead. About 132,130 people are registered members of the Islamic religion. Hinduism, Sikhism, Buddhism, Judaism etc. are other religions in the country.
There are about 98 airports in Norway. Other means of transportation in the country include road transport systems with the use of buses and private cars, railways, and water transport systems.
Public healthcare in Norway is free same as public education. Football, biathlon, ice hockey, sky jumping, speed skating, and handball are the kind of sports people engage in Norway. Seafood is common in the country. Bread, cheese, potato, butter, sugar, dairy products etc. are some examples of food in the country.
In Norway, there are large seasonal variations in daylight. The sun does not fully descend in some parts from end of May to the end of July. The rest of the country experiences about 20hours of light per day. Also, sometime from late November to late January, the sun does not completely rise in the north and this makes the daylight hours very short in other parts of the country.
Norway is a very beautiful country and there are lots of exciting places to visit. Tourist attractions in Norway include;
The best time to visit the country is from May to June and from September to October. The country records about 1.2 billion visitors in a year.
There are over 100 hotels in Norway the bulk of which are in the country’s capital. 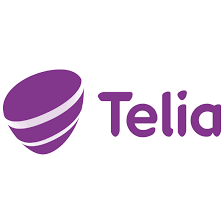 How do I travel out of Norway?

Get Visa from Norway

For Norwegians looking to travel out of the country. You can check out the list of destinations, how to Get Norway visa to those countries, Embassies in Norway and Visa Free Countries for Norwegian passport holders

What currency is used in Norway?

The currency of the country is the Norwegian Krone (NOK).

Is it safe to visit Norway?

Yes, it is very safe to visit Norway as it has the record of one of the lowest crime rates in the world.

Is it expensive to visit Norway?

Due to the fact that the country has a high cost of living, it is expensive to visit.

Do I need a visa to go to Norway?

US citizens with a valid passport can come to Norway for a maximum of 90 days without acquiring a visa. Other citizens require a visa to visit the country.

What does the Norwegian flag signify?

The colours of the flag are red, blue, and white and it was said to have been influenced by the flags of the US, Britain, and France which symbolizes liberty and independence.