View all hotels in Sao Tome And Principe

About Sao Tome And Principe

Sao Tome and Principe consist of two major island and many islets. The country is located on the Gulf of Guinea and the entire island of Principe is a UNESCO Biosphere Reserve.
The country has a population of about 200,000 with Portuguese as the official language. The major religion is Christianity.
Sao Tome is the larger of the two islands with about 75% of the country’s population. Sao Tome is also the capital and largest city. It is home to the Obo National Park, a natural park covering more than half of the island and the famous Lagoa Azul Lagoon.
The country has a hot, rainy and humid climate, with little temperature variation throughout the year. However, there are variations in different areas. The country has two seasons: the rainy season, from October to May, with a mini dry season from January to February, and the dry season, is from June to September. The temperature during the dry season is cooler.
Casual light wear clothing is recommended, as the weather is humid.
Sao Tomean culture is a mixture of West African and Portuguese influences. With close proximity to water, staple foods include fish and seafood and there is also an abundance of fresh fruits and vegetables on the island.
Taxis and minibuses are popular modes of transport, and you can hire a taxi through a taxi company or flag down a taxi or minibus. Although the country has an extensive road network, a number of them are in poor condition. Ferries and airplanes are also available to navigate between islands.
From rainforests to beaches and coral formations to parks with incredible flora and fauna, Sao Tome has enough to keep you entertained. Some popular destinations are:
Most Sao Tome festivals are religious festivals celebrated with the Christian faith; Independence Day, on July 12th, and International Workers’ Day (Labour Day), held on May 1st are two popular civic celebrations.
There are many other things to do in Sao Tome and Principe; you can go on fishing excursions, laze on beautiful beaches and engage in water sports, take a hike or tour some of the best coffee plantations.
Sao Tome and Principe has something for everyone, including affordable and luxurious hotels and resorts.

Facts about Sao Tome And Principe 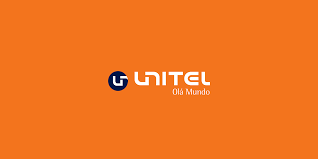 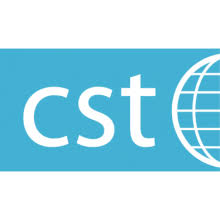 How do I travel out of Sao Tome And Principe?

Get Visa from Sao Tome And Principe

Is Sao Tome and Principe worth visiting?

There is a wide range of activities to engage in in Sao Tome and Principe. The country has a beautiful coastline, great diving and snorkelling spots and a landscape perfect for excursions. If you’re tired of the water, you can visit one of the country’s plantation and factories and learn about Sao Tomean coffee and rum. Sao Tome has much to offer.

What currency is accepted in Sao Tome and Principe?

The dobra is the official currency of Sao Tome and Principe and it is pegged to the euro. Euros are often accepted on the island, and can be easily exchanged to dobra in hotels. Local vendors may only take dobra.

When is the Best Time to Visit Sao Tome and Principe?

Sao Tome experiences heavy rainfall, with April being the peak period and also the hottest. June to September is a great time to engage in excursion as this falls in the cool dry season.

Crime rates in Sao Tome is low. There are however traffic hazards, so it is advisable to move around during the day. Malaria is the biggest risk in Sao Tome and Principe; insect repellents are recommended.

What language do they speak in Sao Tome and Principe?

Portuguese is the official language and it is widely spoken. English is hardly spoken, and if you do not understand Portuguese, it is best you hire a guide or get someone who does.

Where can I stay in Sao Tome and Principe?

There are many resorts on this island country and numerous hotels. You can choose from these.