View all hotels in Spain

Spain is home to a population of about 46 million people. The Spanish speaking country is regarded as the birthplace of ‘tiki taka’ and is popular for its tasty food and beautiful locations.An influx of foreigners troop into Spain yearly to see a host of tourist attractions especially Madrid, which also happens to be the capital and largest city in Spain. The good and favourable weather spring and fall brings makes it the perfect time for visiting. However, despite the heat of the summer, this is the period where Spain tends to register a high number of tourists. While the cold feel of winter is best for travelling to cities like Costa del Sol and Almeria. As a country rich in culture and heritage, Spain has a diverse number of ethnic groups. The major ethnic groups are - Aragoneses- Andalusians- Asturians- Basques- Castilians- Catalans- Cantabrians- Galicians- GypsiesThe Castilians, Catalans and Basques ethnic groups are regarded as the majority ethnic groups in Spain. Speaking of majority, the Catholic faith is the major religion being practiced in the European country. It is reported that the number of Catholic believers form 68.5% of Spain. While the rest are either Atheists or practicing other religions.

Spain is also home to mouthwatering and unique delicacies such as Croquettes, Tortilla Espanola, Pulpo a la gallega, Paella and Gazpacho

Spain’s official language is Castellano and it is the fourth most spoken language in the world. Despite being the official language, Castellano isn’t the only language spoken in Spain. Other languages include Catalan(Romance language), Galician, Valencian, Basque, Balearic, Extremaduran, Cantabrian, Asturian, Aragonese, Leonese, Altoaragonese, Aranese, Murcian, Fala Galacio-Extremena and Silbo Gomero. Lovers of road trips have the option of shuttling around Spain by road through taxis, buses and car hire. Other alternatives are high-speed trains, air and water transport.

Spain like every other country has it’s fair share of risk to visiting tourists but overall the degree of the risk is considered low as Spain is ranked 17 out of 162 countries in the safest countries list. Tourists are still expected to be vigilant against occasional petty thieves and con artist who exploit the language barrier. They are also expected to tone down any form of flamboyant dressing and dress moderately in order to avoid being a target. Residents are known to wear clothing that go below to knee so any form of dressing contrary to these screams tourists. Furs are normal during the winter but should be conservative. Hundreds of festivals take place in Spain and if you are a big fan of festivals and nightlife, cities like Seville, Madrid, Barcelona, Valencia are known for their elegant festivals and ever buzzing nightlife.

Residents in Madrid are often called “gatos” meaning cats because they sleep all day and are out all night. Art and monument lovers would find Santiago de Compostela, Toledo, Cordoba, Granada delightful to visit. While Ibiza, San Sebastian and Spanish Islands are exotic beach locations. If none of this piques your interest and you are looking for something more adrenaline pumping and adventurous. Look no further than Pamplona, the home of the running of the bulls. The running of the bulls is a form of event that sees participants running in front of a large number of angry bulls and trying to avoid getting hit. Fervent football lovers know that Madrid and Barcelona play host to two of the biggest football clubs in the world. They also double as a top tourist attraction sites in Spain. Granada, Toledo, Cadiz, Burgos, Salamanca are also exotic destinations that deserve a visit if you are trying to make your trip to Spain worthwhile. Some notable facts about Spain are:- Nudity is legal in Spain.- Spain is the second largest kingdom in Europe.- Spain produced some of the world’s greatest artists e.g Picasso, Miro, Dali.- The oldest restaurant in the world can be found in Madrid.- Spain are regarded as a powerhouse in world football and are home to football giants Barcelona and Real Madrid.- The Spanish national team holds the world record for winning the most consecutive competitive matches.- They have over 47 heritage sites(Historic buildings, arts, cities).- The Spanish national anthem has no words.- Madrid is located on a plateau 650 meters above sea level.- The Sagrada famillia, a cathedral has been under construction for 130 years. 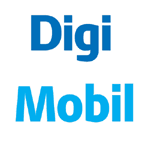 How do I travel out of Spain?

Get Visa from Spain

For Spanishes looking to travel out of the country. You can check out the list of destinations, how to Get Spain visa to those countries, Embassies in Spain and Visa Free Countries for Spanish passport holders

What currency is spent in Spain?

The Euro is the official currency of Spain but, before it’s inception in 2002, the Spanish were using the Spanish escudo and Peseta.

What's the best time to visit Spain for a honeymoon?

Lovebirds can enjoy Spain in its essence best during the summer. From the Islands of Ibiza to the Toledo city of rustic charms and romantic evenings to the rocky beaches of Tenerife to the colourful shores of Costa Galicia and a fairytale honeymoon in Andalucia, couples are in for a treat during visiting during the summer. These places coupled along with the summer weather creates an ambience and sets the honeymoon mood for the duration of the vacation.

What are the safest cities in Spain?

Is it safe to travel to Spain alone?

When travelling to an unfamiliar destination with no known acquaintance, safety is of the most utmost importance. Single travellers worried having safety concerns should be looking at cities like Barcelona, Madrid, San Sebastian, Vitoria-Gasteiz, Pamplona, Logrono, Adra, Santander, Seville and Valencia that have recorded little or no form of violence.

What are adventurous things to do in Spain?

Tourist looking for more adrenaline spiking activities and thrills have a range of events to choose from. One option is to take an 80km/hour zip wire from Spain to Portugal or explore the Caminito del Rey mountain path which has claimed many lives or kitesurfing in Tarifa. Other options include Surfing off the Spanish coast, Scuba diving in the Mediterranean, Mountain biking in Granada, Heliskiing in the Pyrenees, Caving in Andalusia, Rock climbing in the Picos de Europa and Paragliding in Tenerife.

What is Spain best known for?