View all hotels in Syria

Syria is one of the larger states of the Middle East and has its capital and largest city in Damascus.The best time to visit Syria is during the summers and winters. The spring and fall are also have pleasant temperatures. Syria is a multi-ethnic country, made up of several ethnic groups, with 6 being largest ethnic groups. The population are split into Muslims, Christians and Jews. It's popular foods are chickpea patties, kebab, shawarma, and grilled chicken. Arabic is the official language spoken here.

For public transportation, you can use either the trains, buses, taxis and boats. Most parts of Syria is now completely safe to visit, especially the capital,vDamascus is just as safe as big European cities.

Some of the fascinating festivals to attend while visiting Syria are:

There are over 10,000 hotels and apartments to stay in Syria, so you will be spoiled for choice especially when in Damascus. 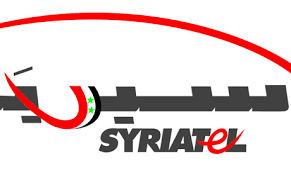 How do I travel out of Syria?

Get Visa from Syria

For Syrians looking to travel out of the country. You can check out the list of destinations, how to Get Syria visa to those countries, Embassies in Syria and Visa Free Countries for Syrian passport holders

What currency is used in Syria?

Quite a good number of people speak English here.

Generally,  you can't drink the tap water because it's usually unfiltered. It is better to drink bottled water.

Are there accommodation options in Syria?

There are a lot of accommodation options  especially in Damascus to stay in, whenever you are in Syria.

What's the best way to get around the cities?

Using local buses are the best way to get around the cites.