View all hotels in Cuba

The Republic of Cuba is the largest Island nation in the Caribbean. It consists of the main and biggest island of Island de la Juventud and several archipelagos. It has its capital city in Havana. The country is tropical and mostly flat with mountains in the southeast. Cuba is known for quite a number of things chief of which are its exotic music, cocktails, and spectacular cigars. The best tobacco grows in Cuba and cigar making is more than a job for the Cubans, it is an art.
Cuba has a consistently warm and temperate climate with a dry season from November to April and a rainy season from May to October. The entire country has a semitropical climate except in the mountains. Cuba frequently experiences droughts and visitors should avoid the country during the hurricane season (August and October). It is best to visit Cuba from December to May.
Cuba was home to several groups of indigenous people before Christopher Columbus touched down on its land. Now, it is about 64% white, 26.6% Mixed (including Mulattos, Mestizos, Zambos, Pardos), and 9.3% black. The official language in Cuba is Spanish. The country has a very rich culture at the centre of which is their famous music. Music genres such as Salsa, Rumba, cha cha cha all originate from Cuba's "Son" music. Cuba has no official religion but Roman Catholicism is the most practiced.
Cuban cuisine is a curious fusion of Spanish and Caribbean cuisines. It basically consists of a lot of Spanish cooking with Caribbean influences especially in spice and flavour. Dominant spices in Cuban cuisine are garlic, cumin, oregano, bay leaves. Staple foods are plantains, rice, black beans, shredded beef (ropa vieja), bread, and tropical fruits.
Cuba is an exotic country known to pleasantly assault the senses. It has quite a lot of touristy locations. A few of them are:
When viewing Cuba from the air, the entire country looks like a lying crocodile or alligator hence the Spanish name "El Crocodrilo" or "El Caimo".
There are thousands of hotels in Cuba making accommodation of any standard pretty easy to cinch. 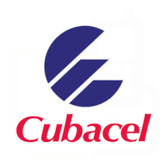 How do I travel out of Cuba?

Get Visa from Cuba

For Cubans looking to travel out of the country. You can check out the list of destinations, how to Get Cuba visa to those countries, Embassies in Cuba and Visa Free Countries for Cuban passport holders

Q: Can I drink the tap water in Cuba?

A: No, you shouldn't drink the tap water in Cuba. You should make use of bottled water instead.

A: Cuba is often thought of as a particularly dangerous place, but the truth is quite far from it. Cuba actually has the lowest crime rate in the Western Hemisphere. Nevertheless, basic care and caution should be taken to safeguard oneself and property.

Q: Do I need a Visa and a Passport to visit Cuba?

A: Yes and Yes, you do need a Visa and a Passport to visit Cuba. The Visa must be acquired before getting to Cuba.

Q: What is Cuba's official unit of currency?

A: Cuba uses two currencies; the Cuban peso used mostly by the locals, and the Cuban convertible peso which is simply called the dollar since its value is pegged to the US dollar.