View all hotels in Djibouti

Djibouti is an Eastern African country located between Somalia and Eritea on the Horn of Africa. It is a country of dry shrublands and impressive desert landscapes. It is also home to one of the saltiest bodies of water in the world; Lake Ashal and is known generally for its excellent marine life. Its capital and largest city is Djibouti City.
Djibouti has a hot and humid climate and people here employ mostly light cotton fabrics as against anything heavy. It has a tropical desert climate on the coast and in the north and a semidesert climate in the south and central highlands. The country has low rainfall. The western culture of jeans and T-shirts has taken root and most Djiboutians wear them. It is therefore best for visitors to dress lightly in Djibouti.
Owing to Djibouti's strategic location which is a centre for trade and commerse, her culture is very much diversified. The two dominant ethnic groups in Djibouti are the Afar and the Issa (Somali). Somalis make up 55% of the Djibouti population whilst Afars make up 35% of the Djibouti population. The country is 94% Muslim and 3% Christian. The Djiboutians are not known to be a people of handcrafts but employ music and oral literature. Some musical instruments used by them are oud, bowl lyre, and tambura.
Djiboutians are primarily a nomadic people and so their food is largely made up of dairy products and meat gotten from the animals they herd. Djiboutian cousine also features a lot of grains. Foods in Djibouti cities are largely influenced by Italian and European foods. Djiboutians are known to consume qat, a narcotic leaf imported in bulk from Ethiopia.
Some fascinating tourist locations in Djibouti are:
There are several interesting facts about this country. For one, Djibouti is 90% desert land. Her major exports are hides, skins, and coffee.
There are a range of hotels in Djibouti that you can use depending on your budget. 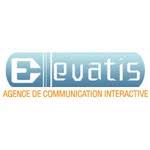 How do I travel out of Djibouti?

Get Visa from Djibouti

For Djiboutis looking to travel out of the country. You can check out the list of destinations, how to Get Djibouti visa to those countries, Embassies in Djibouti and Visa Free Countries for Djibouti passport holders

Is a Visa required to visit Djibouti?

Visitors from most countries, like Britain, require a visa to visit Djibouti. However, visitors from Somalia simply require a letter from the British Embassy in Addis Ababa to gain entry.

Does it snow in Djibouti?

It does not snow in Djibouti due to its hot climate.

Djibouti was colonized by France.

What are Djibouti's largest cities?

What is the population density of Djibouti?

Is it safe in Djibouti?

The crime levels here are relatively low. Nevertheless, caution should be exercised especially against theft.