View all hotels in Lesotho

Officially, Lesotho is known as the Kingdom of Lesotho and it is an enclaved country in southern Africa. The total population of Lesotho was estimated to be 2,173,390 people as of January 2018. Its capital and largest city is Maseru. Sesotho is the first official and administrative language spoken by the Basotho people, however, Lesotho’s ethnolinguistic structure consists almost entirely of the Basotho, a Bantu speaking people. 95% of Lesotho’s population identify as Christians, 1.5% identify and non-Christian religions and 3.5% represents those of no religion.

Herding boys of Lesotho play a traditional musical instrument called a ‘lekolulo’ which is a kind of flute, men play the ‘setolotolo’ and women string the thomo. The ‘Basotho Blanket’ is a thick traditional attire made of wool and is present everywhere in Lesotho, worn differently by both men and women. The Morija Arts & Cultural Festival is a prominent Sesotho art and music festival. It is held annually in the historical town of Morija, where the first missionaries arrived in 1833.

Cuisines in Lesotho are mostly those of African traditions but, there is also a presence of British influence in some meals. Most people in Lesotho practice substantial farming due to limited food resources - rearing livestock and farming to support themselves and their families. The national dish of Lesotho is Motoho, a fermented sorghum porridge eaten throughout the country, while tea and locally brewed beer are top choices for beverages. Due to its elevation, Lesotho remains cooler than other regions at the same latitude throughout the year. Most of the rain falls as summer thunderstorms.  Snow is common in the highlands between May and September as the higher peaks, the higher the chances of experiencing snowfalls year-round. Temperatures during the summer months range between 15 to 35 degrees Celsius. Despite its relatively high temperatures, the summer in Lesotho is comfortable and not too hot to step outdoors. With plenty of sunlight and pleasant days, the summer months of October to April are a good time to visit Lesotho.

Getting around Lesotho can be a bit tricky due to the underdeveloped state of the country with very few roads paved or tarred so the roads in the rainy season can be impassable, however, car hire is available at Maseru which you can then use to get into Lesotho. Taxis and buses in Lesotho, just like many underdeveloped or developing countries do not have a schedule but leave when they are full. There is no rail transport in Lesotho.Lesotho is not a very safe country. Nights and weekends are the most dangerous times but daylight robberies are becoming increasingly common so one should not assume there is safety under the sun. Tourists, and people in general, are advised to be very cautious and vigilant. Due to Lesotho’s topography, there are so many adventurous things one can do like skiing, snowboarding and hiking. Also, there are a lot of attractions and historic sites to visit such as;- Maletsunyane Falls Semonkong - Afriski Mountain Resort- Katse Dam- Maluti Mountains - Gates of Paradise Pass- Thaba-Bosiu National Monument Festivals in Lesotho include:- Moshoeshoe’s Day: On March 11, Basotho people get together in celebration of the life and reign of Moshoeshoe the Great, Lesotho’s first king who died in 1870.- Family Day: Family Day in early March is a celebration of one of the pillars of the country’s culture. - Morija Arts and Cultural Festival: The favourite event in Lesotho, the Arts and Cultural Festival, is held every September or October for five days in and around the capital. It is a feast of theatre, poetry, dance, music, song, crafts, art exhibits, and everything in between.- Lesotho Jazz Festival: The Lesotho Jazz festival takes place in the capital every December, attracting musicians from other southern nations as well as from all over Lesotho.There are known to be 339 bird species in Lesotho, including 10 globally threatened species and 2 introduced species, 17 reptile species, including geckos, snakes and lizards, and 60 mammal species endemic to Lesotho, including the endangered white-tailed rat. It is one of only three countries in the world that are enclaved within another country; the other two are San Marino and Vatican City, both located within Italy. The terrain of Lesotho consists of highland with plateaux, hills and mountains. The main mineral resource is diamonds from the Letseng diamond mine in the Maluti mountain range. 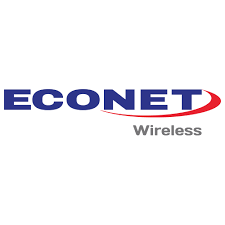 How do I travel out of Lesotho?

Get Visa from Lesotho

For Lesothos looking to travel out of the country. You can check out the list of destinations, how to Get Lesotho visa to those countries, Embassies in Lesotho and Visa Free Countries for Lesotho passport holders

What is the currency in Lesotho and how can I pay?

Lesotho's main currency is the Maloti, which is tied to the South African Rand. South African Rand is spent interchangeably with Maloti. Maloti is available only in Lesotho, and cannot be used in South Africa. Major currencies can be exchanged for Maloti and Rand at most hotels, banks and ATMs, and forex bureaus across Lesotho, using Visa and MasterCard networks. Travellers’ cheques can be exchanged at hotels, local banks, and exchange bureau. The largest note that is available is the 200 Maloti/Rand.

Are there any restaurants in Lesotho?

There is a wide variety of restaurants in Lesotho. Lesotho’s cuisine is known in Southern Africa as the rainbow cuisine due to its variety of polyglot influences. Malaysian, Dutch, British, and Indian culinary practices characterize its distinct flavours, and French wines accompany meals to the delight of European visitors.

Everything from high-end restaurants to street-side diners can be found in the capital, along with a great choice of hotel restaurants and independent eateries. Seafood, freshwater fish and meat-heavy dishes are favourites, and desserts show a strong Indian flavour.

What health precautions do I need to take?

It is always highly recommended that medical exams be performed prior to travel. Vaccinations such as Anti-malarial prophylactics may be necessary. Under International Health Regulations, a certificate of yellow fever vaccination is required from travellers over 9 months of age travelling from Lesotho to or from Lesotho.

What about the nightlife in Lesotho?

It's no surprise that Maseru’s nightlife doesn’t rival that of South Africa’s main cities, but it’s there if you’re willing to seek it out. Two of the five-star hotels in the capital boast discos and even casinos, providing good options for those looking for a night on the town.

What medicines should I take with me?

Any prescribed medication should be carried in your hand luggage with a Doctor's prescription. We would advise that you take medicines to treat dehydration, small ailments and stomach upsets as such items may not always available in Lesotho.