View all hotels in Libya

Tripoli is the capital of Libya and also the largest city with over one million people inhabiting it. The best travel time to visit Libya is October to May when the temperature is warmer, it’s easier to avoid unpleasant sand storms and major festivals are held in the country. Usually spring and autumn in Libya bring along with it, dry hot winds during the periods of June to October.

Libya’s culture has a perfect blend of many influences by its various ethnic groups and due to its exposure to many historical eras. Its culture is deeply rooted in Berber, African, Turkish and Arab cultures. Majority of the people in Libya are Muslims and the main and also official language spoken is Arabic.  Libyan Berbers speak Tamazight; Tuaregs speak Tamahaq, while English and Italian is often spoken in the big cities of Libya. Libya’s cuisine is famous for its unique flavor rich with a variety of seafood, vegetables and cereals. Meals popularly eaten include the Libyan soup, Bazeen, Aish, batata mubattana and pasta. However, the eating of pork is illegal in the country.

There are various top international and domestic airlines in Libya with two being the major airports in the country.  While the roads are of great quality to travel by car, it is much more convenient to travel by air. Getting around the major cities is quite easy; there are taxis available and reasonably priced too. You will also find car rentals, bikes and buses. A large part of Libya is unsafe to travel to due to the unrest caused by the Civil war, if you decide to visit, Tripoli is safer and a better option but it is advised to avoid night driving or walking in rural areas.

Libya is a great tourist attraction with its amazing architectural sights, palm- fringed lakes, fascinating prehistoric rock art and exquisite cuisines. When in Tripoli, you can explore the fortress at Assai al-Hamra, the Jamahiriyya Museum with its magnificent antiquities, or the ancient Greek city of Cyrene at the Jebel Akdar mountains. A variety of festivals to attend is always the top of the list of any tourist to Libya. These major festivals include; Independence Day, Acacus Festival, Nalut Spring Festival, Islamic New Year, Ghat Festival and Ghadames Festival, a three-day Festival of feasting, dancing, musical performances, horse and camel races and other traditional contests.

On a first time visit to Libya, one wouldn’t be in lack of exciting places to see. There are so many places of interest in the country. Some of the most amazing attractions of Libya include;

In Libya, the common thing to wear for most girls are  brightly colored dresses, and for boys, jeans and shirts. Young men and women wear predominantly modern clothes, but most women still cover their hair in line with Islamic tradition. The traditional wear for men is a long, white gown worn over a shirt and pants.

Whenever you are in Libya, you can opt to stay in budget or luxury hotels, beachside accommodations, Bed and Breakfasts or any apartment in Downtown Tripoli, which offers great accommodation options. 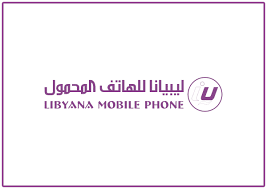 How do I travel out of Libya?

Get Visa from Libya

For Libyans looking to travel out of the country. You can check out the list of destinations, how to Get Libya visa to those countries, Embassies in Libya and Visa Free Countries for Libyan passport holders

DO I NEED A VISA FOR LIBYA?

Passports and visas are required for all U.S. citizens traveling to Libya. Visas for U.S. passport holders are not available at the port of entry. You should not use a tourist visa to travel to Libya for business purposes, or you risk being arrested

WHAT KIND OF FOOD DO THEY EAT IN LIBYA?

Dried beans and grains are also a fundamental part of food in Libya. Chickpeas are soaked in water for a few hours, then cooked with tomato and meat sauce for couscous or added to pasta sauce. Broad beans are cooked in tomatoes sauce and eaten with bread.

In Libya, Arabic is the official language of the country and several varieties of the language are spoken throughout the country. English, Italian, and French are popular foreign languages spoken in Libya. Several minority languages like Berber, Domari, and Tedaga are also spoken in Libya.

IS IT SAFE FOR AMERICANS TO TRAVEL TO LIBYA?

The Department of State warns U.S. citizens against all travel to Libya and recommends that U.S. citizens currently in Libya depart immediately. The U.S. Embassy in Tripoli remains closed, and the security situation in Libya remains unpredictable and unstable.

HOW LARGE IS THE ROAD NETWORK OF LIBYA?