View all hotels in Mexico

With a population of 8.9 million people Mexico City, being the capital of Mexico, is the most populous city in North America. January, the peak tourist month in the country, is one of the best times to fly to Mexico. The weather varies from region to region: December to April is the dry season, while the rainy season spans from May to October. The official currency of Mexico is the ‘peso’ (MXN) Mexico is ethnically diverse and has a very colourful and vibrant culture. Renowned for its indigenous food and beverages, such as tacos and tequila. The Mexican government recognizes 68 national languages. Mexico’s vast, diverse regions means travellers looking to combine multiple destinations can get around with 110 airports situated across the country and long-distance bus services. Also, there are car rental services in major destinations for intra-city movement. In spite of the stories about violence around the Mexico-United State borders, the majority of Mexico’s key tourism areas are apparently very safe, as there are tourists visiting the country in millions all year round. Mexico is the home of carnivals and music fests, breath-taking destinations and amazing landscape. Notable cultural celebrations include the Festival de Mexico, Son Jarocho and the Mariachi Festival of Guadalajara. The ‘Dias de los Muertos’ or ‘Days of the Dead’ festival which celebrates the spirits of the deceased with feasts, music and dancing, is a very significant ceremony which takes place over two days. Mexicans generally believe death calls for a celebration, rather than mourning. The nightlife scene is very lively in Mexico. If you want to spice your trip with a little more fun while in Cancun city, Cuncrawl is your best bet for an electric atmosphere.There are many historical sites in Mexico that draw tourist attention. Some of the notable and significant of these destinations are:-Chichen Itza - a Mayan city, declared a UNESCO World Heritage Site in 1988 and recently voted as one of the New Seven Wonders of the World.-Coba, a majestic Mayan city, located around two lagoons.-Playa Delfines Beach in Cancun.-Michoacan Butterfly Reserve, where the annual Monarch butterfly migration is one of nature’s great spectacles-Isla Mujeres, ‘The Island of Women’, where you can relax on the scenic beaches, visit the local turtle farm, scuba dive or snorkel in the clear waters.You'll find a wide range of accommodation in Mexico, including hotels, apartments, guesthouses and beachfront hostels 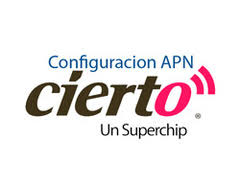 How do I travel out of Mexico?

Get Visa from Mexico

For Mexicans looking to travel out of the country. You can check out the list of destinations, how to Get Mexico visa to those countries, Embassies in Mexico and Visa Free Countries for Mexican passport holders

What is the best month to go to Mexico?

Mexico is a huge country and the weather varies by season and region. The best time to visit, however, is generally between December and April, when there is virtually no rain.

Is it safe to travel to Mexico right now?

With more than 40 million tourists who visited in 2017, it is very safe to visit Mexico. Travellers are advised to observe regular safety and security precautions.

Yes, some resort cities may accept US Dollars; however, it's likely that you will be charged more than if you paid in pesos.

Is the capital of Mexico, New Mexico?

No, the capital of Mexico is Mexico City. New Mexico is a state in the southwestern part of the United States.

How old is the Mexican culture?

The history of Mexico covers more than three millennia. It was first populated more than 13,000 years ago.

What is the hottest month in Mexico City?