View all hotels in Panama

Panama City is the capital of Panama, it is also the Largest city in the country, it is located at the Pacific entrance of the Panama Canal, in the province of Panama. The best time to visit Panama is usually during the dry season from mid- December to mid-April.

The climate in Panama is hot, and humid with cloudy rainy season which occurs from May to January, and a short dry season that lasts from January to May.

Panama is a multilingual and multicultural society, and it is home to over 8 different ethnic groups.

The culture in Panama is a hybrid mix of Native American, African and European cultures and this has its influence on the cuisine and traditions in Panama.

Roman Catholicism is the predominant religion in Panama with a minority of evangelical Christian, Bahá'í Faith.

Spanish is the official and dominant language in Panama also English is common.

There are about 42 airports in Panama allowing easy movement within and outside the country. Panama offers a wide range of other transportation methods including transportation by Bus, by Boat, by Taxi, by Train, also car rentals are available at almost every resort or hotel.

Panama is a relatively safe place to visit as violent crimes are not common, but the usual precautions should be taken as pickpocketing and mugging are common issues in the country.

Panama is home to various celebrations and event that showcases their cultural and traditions diversity, some of these events are; Carnaval de Las Tablas - held during the four days preceding Ash Wednesday in March, and features food and drink on the country’s beaches, Performers wearing elaborate costumes engage in traditional dances on flamboyant floats during parades; Fiestas Patrias - held in November, and features parades of female dancer dressed in traditional Panamanian clothes, such as the cherished ¨pollera¨, Schoolchildren from across the country performing in the procession marching bands; Panama Jazz Festival - held from Jan. 13 through 18, it is one of the most important jazz festivals in the world, with more than 400 performances.

There are over 500 places of interests in Panama, some of these includes;

There are over 500 hotels and accommodations in Panama fit your individual taste and satisfaction. Panama contains the only place in the world where you can see the sun rise on the Pacific and set on the Atlantic from the same spot. 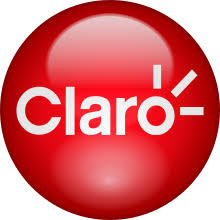 How do I travel out of Panama?

Get Visa from Panama

For Panamanians looking to travel out of the country. You can check out the list of destinations, how to Get Panama visa to those countries, Embassies in Panama and Visa Free Countries for Panamanian passport holders

What currency is used in Panama?

The United States dollars is the currency used in Panama.

I don't speak Spanish. Will that be a problem in Panama?

No. Most Panamanians speak both English and Spanish, especially those that attend to visitors.

Do I need a visa to visit Panama?

People from America or the European Union, most likely will not need a visa, but will need a passport that is valid for at least 6 months to land tourist visa which will last you between 30 and 90 days.

How are the prices in Panama?

Panama is an affordable destination, but it does not thrive on bargain-basement.

Are there any required vaccines? What about mosquitos?

There are no required vaccines or shots, however United States’ Center for Disease Control recommends getting the Hepatitis A and the Typhoid vaccine.