View all hotels in Swaziland

Swaziland is one of the smallest countries in the world, and it's capital city is Mbabane. Swaziland is a great year round travel destination, but if you want to experience the wildlife, the best time to visit is during the dry season - one of its climate season, the other being the rainy season - drives animals to the water holes and you’ll be more likely to see them. The majority of the population are the Swazi ethnic group with a mix of Zulus and white Africans while Christianity is predominately practised here. Popular local dishes eaten here include : porridge, goat meat, pap, beans and grilled chicken. SiSwat and English are it's official languages.

The King Mswati-III International Airport is the main international airport for flights that travel to Swaziland. There are no plane, train or boat connections for getting around the cities, the only means of transportation is by using minibuses, cars or taxis. This country is a relatively safe place for travellers to visit with a reduced crime rate. However, it is advised to stay around places where people are and don't try hitchhiking.

There are a lot of fascinating places to see while exploring Swaziland, some of them include:

There are over 10,000 hotels and apartments to stay in Swaziland, so you will be spoiled for choice especially when in Mbabane. 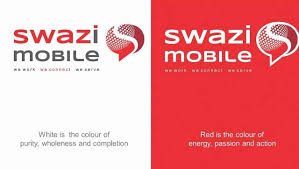 How do I travel out of Swaziland?

Get Visa from Swaziland

For Swazis looking to travel out of the country. You can check out the list of destinations, how to Get Swaziland visa to those countries, Embassies in Swaziland and Visa Free Countries for Swazi passport holders

Is a VISA required to visit Swaziland?

What currency is used in Swaziland?

Is Swaziland safe to visit?

Swaziland is a safe country to visit but it is advised to avoid walking in downtown Mbabane and Manzini after dark.

Is it safe for women travellers?

Women travellers are unlikely to encounter any problem while travelling around Swaziland. It is recommended that women should not accept lifts from strangers or walk around town alone after dark.