View all hotels in Uzbekistan

Uzbekistan is a landlocked country located in Central Asia. It has its capital city in Tashkent. The country was a Soviet Socialist Republic from 1924 till 1991 although the country has since moved on from the Russian Federation politically. The country is about the size of Sweden with mostly flat-to-rolling sandy desert landscape. The landscape also includes sand dunes. Over half of Uzbekistan is covered by deserts. The cities of Khiva, Bukhara, and Samarkand are three of the ancient Silk Road's most important destinations.
The country is described as having a continental climate, with hot summers and cool winters. It is best to visit the country during spring and autumn (April to May and September to early November). During this periods, it is warm and dry but not uncomfortably hot as it is in the summer. Uzbek women dress pretty conservatively but a lot of women (especially in the larger cities) wear modern clothing. Tourists also wear modern clothing.
The official language of the country is Uzbek and Russian is also largely spoken. The country is a largely Sunni Islam nation with about 93% of it's inhabitants identifying with this sect. About 1% of its inhabitants belong to the Shi'a Muslim school and Christianity is the other religion with about 7% of the country identifying as Christians. About 80% of the country's population are Uzbeks, about 10% are from other Central Asian nations and about 10% are the Russians and other Slavic nations. The Uzbeks are of Turkic origin.
Uzbek cuisine features lots of bread and noodles as grain farming is quite common place in the country. Uzbeks favor mutton, the have an abundance of sheep so it's only natural. Their national dish is palov, a meal consisting of rice, pieces of meat, grated carrots and onions. Although Uzbekistan is a largely Muslim country, only the strictest Muslims refrain from alcohol consumption. The country has a long history of drinking owing a largely to its Soviet history. There are many delicious natural fruits and vegetables in Uzbekistan. Green tea is the national hot beverage in Uzbekistan.
Uzbekistan is so impressive in it's historical position that it has five UNESCO World Heritage Sites. There are several tourism worthy locations in the country and a few are:
An interesting fact is that Uzbekistan has the fourth largest gold deposit in the world, mining 80 tons of gold annually.
There are several hotels in Uzbekistan ranging from budget to luxury and so tourists shouldn't face too much of a problem getting suitable accommodation. 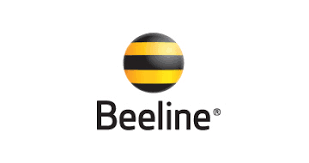 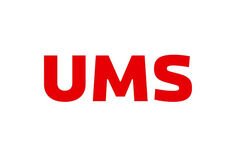 How do I travel out of Uzbekistan?

Get Visa from Uzbekistan

For Uzbekistanis looking to travel out of the country. You can check out the list of destinations, how to Get Uzbekistan visa to those countries, Embassies in Uzbekistan and Visa Free Countries for Uzbekistani passport holders

Q: Is Uzbekistan safe for visiting?

A: Since it is a landlocked country, the country's biggest threat to safety is border issues. Areas bordering Afghanistan, Tajikistan, Tajik, Kyrgyz, and Kyrgyzstan should be approached with utmost caution.

Q: Does it snow in Uzbekistan?

A: During the winter, snow fall is very common. However, the snow melts away quite fast.

Q: What is Uzbekistan's official unit of currency?

A: The country's official unit if currency is the Uzbekistani so'm.

Q: How safe is Uzbekistan for female travelers?

A: Uzbekistan is fairly more friendly towards gender equality than a lot of it's neighbors. Women here do not wear the veil and the atmosphere seems a lot more relaxed with regard to how they are treated. Also, unwanted attention is truly not a problem here as a firm "no" seems to do the trick.

Q: On what side of the road do Uzbeks drive?

A: Uzbeks drive on the right side of the road.