View all hotels in Cameroon

Cameroon is a Central African country bordered by Nigeria to the west and north, Chad to the northeast, Equatorial Guinea, Gabon and the Republic of Congo to the south.  Cameroon is known for its varied terrain granting it the name "Africa in miniature". Its terrain features lush rain forests, white sand beaches and even active volcanoes. Hunters travel from all around the world to hunt the bongo, a kind of antelope found only in Cameroon. It's capital city is Yaounde.
Cameroon lies wholly within the tropics and is hot pretty much throughout the year. There are two distinct seasons in the country; the rainy and the dry seasons. From April to November, it is rainy in Cameroon. Most Cameroonian roads are dirt roads and become muddy during the rainy season rendering transportation nearly impossible and quite catastrophic. Northern Cameroon is rainy from May to September. Whenever one may choose to visit the country, it is best to completely avoid the rainy seasons.
Cameroonian culture is based largely on music and dance such as the Makosa and Bikutsi beats. Cameroonians are known for their exotic waist dancing and music. Cameroon is made up of 31% Cameroon highlanders, 19% Equatorial Bantu, 11% Kirdi, 10% Fulani. The country is quite culturally diverse and the best place to witness first hand how indigenous African cultures intersperse with modern culture. It is 70% Christian, 20% Muslim and about 6% of its population subscribe to traditional worship. Cameroonians speak French and English.
Cameroonian cuisine is characterized by the mix of bland starchy foods and spicy hot sauces or soups that is commonplace in West Africa. Fried or roasted fish and meat on skewers are common foods. In the north, staple foods are corn, millet, and peanuts. Cameroon's national dish is Ndole (stewed nuts, "ndoleh" which is a specie of bitter leaves indigenous to West Africa and it is usually garnished with fish, beef, shrimp and prawns and then the soup is eaten with plantain or cassava).
Some fascinating locations in Cameroon are:
Cameroon is home to the world's biggest specie of frogs; the Goliath Frog. It is the first African country to have reached the quarterfinals in the World Cup.
Accommodation in Cameroon ranges from budget to luxury hotels and lodgings. 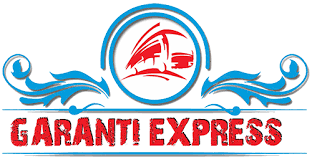 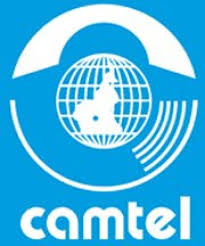 How do I travel out of Cameroon?

Get Visa from Cameroon

For Cameroonians looking to travel out of the country. You can check out the list of destinations, how to Get Cameroon visa to those countries, Embassies in Cameroon and Visa Free Countries for Cameroonian passport holders

What is Cameroon's official unit of currency?

Cameroon's official unit of currency is the CFA franc.

Is Cameroon a developing country?

Cameroon is a country with good developing potential but the poverty rate remains quite high.

Can I drink the tap water in Cameroon?

No, you should not drink the tap water. You should make use of purified bottled water.

On what side of the road do Cameroonians drive?

Cameroonians drive on the right side of the road.

Is Cameroon safe to visit?

In Cameroon, the roads are quite unsafe especially during the rainy season when they become hazardous. It is best to avoid the country during the rainy seasons. Also, armed bandits are quite commonplace in Cameroon. You must evaluate the risks of Cameroon before traveling there and take the locals' advice on places to avoid. Also, you must be with your papers at all times.