View all hotels in Senegal 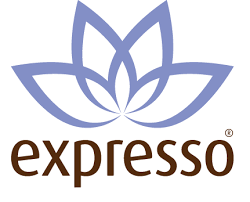 How do I travel out of Senegal?

Get Visa from Senegal

For Senegaleses looking to travel out of the country. You can check out the list of destinations, how to Get Senegal visa to those countries, Embassies in Senegal and Visa Free Countries for Senegalese passport holders

Do they speak English in Senegal?

The official language of Senegal is French, although Wolof is more widely spoken. Not many people speak English except in large cities such as Dakar, where some English is spoken.

What is the religion of Senegal?

Majority of Senegalese are Muslims, however, there is freedom of religion in the country.

Senegalese people are very friendly and hospitable people, however, one should be cautious as in any foreign country. Do not leave valuables unattended.

Can you drink alcohol in Senegal?

Palm wine, a local alcoholic drink is popular in Senegal. There are many liquor stores available.

When is the best time to visit Senegal?

The best time to visit Senegal is during the dry season, December to April.

How hot does it get in Senegal?

Senegal has a hot, humid climate. In the dry season, the average temperature can be 26° Celsius, and in the wet season, 30° Celsius. However, temperatures of 40° Celsius have been reported