View all hotels in Somalia

Somalia’s capital and largest city, Mogadishu is nicknamed as the White Pearl of the Indian Ocean. The ideal travel time to visit Somalia are during the months of March-May, and September-December. This being the rainy season, one of its climate seasons - the other being the rainy season. During this period temperatures are cooler which make sightseeing around the country possible. Somalia is home to mainly the Somali ethnic group, with  its minorities concentrated in the Arabs and Bantus. Most of the Somalian people are Muslims while it's cuisine is a rich blend of diverse culinary influences. Popular foods eaten here are basmati rice, sambusa, flat bread, pasta and chicken soup. Somali and Arabic is the official language spoken here, Italian and English is spoken by the locals too.

Because of the recent unrest in the country, travelling by air is the safest and most reliable way of traveling to and from Somalia, there are 62 airports in the country, with only 4 offering international flights. While the roads aren’t in great conditions and the trains don’t function anymore, for public transportation within the cities, you can use buses, taxis and car rentals. For travellers visiting Somalia, it is best to keep in mind that it is relatively safe to travel to, and there is a frequent occurrence of petty crimes like pickpocketing and mugging. It is advised to avoid crowded places, dark streets and deserted areas. It is also recommended that you don't venture into the outer parts of Mogadishu or other parts of rural Somalia, you will either be shot by militia operating in rural Somalia or be devoured by lions, cheetahs, spotted hyenas or leopards, who are out hunting at night.

Somalia's natural and man made wonders is a delight to any visitor to the country. It takes pride in its beautiful landscape full of mountains, historical sites, sanctuaries, national parks, fascinating landmarks and beaches. Whenever you are visiting Somalia, here are some amazing festivals you should attend to experience and get a general feel of the people's culture and history. They include: Eid-al-Fitr, Eid al-Adha, Muharram and Neeroosh known as the Festival of Fire where local people build huge bonfires, splash water on each other and dance to welcome the arrival of summer. Being a Muslim country, it's festivals are predominantly Muslim festivals which are celebrated with huge fanfare.

Somalia’s natural marvel draws in any tourist to want to spend time taking in the beauty of the country. There are over 5000 place of interest to see and explore. Some of the fascinating places of attractions you should see while you are here include:

There are over 10,000 hotels and apartments to stay in Somalia, so you will be spoiled for choice especially when in Mogadishu. 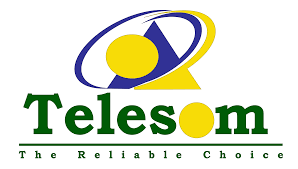 How do I travel out of Somalia?

Get Visa from Somalia

For Somalis looking to travel out of the country. You can check out the list of destinations, how to Get Somalia visa to those countries, Embassies in Somalia and Visa Free Countries for Somali passport holders

What traditional gifts can you buy while in Somalia?

Markets in Somalia are usually lively and offer a colorful representation of Somalia’s traditions and cultures. At the markets, you can buy beautiful customized dresses made for you, shop for perfumes and containers consisting of pieces of incense. These are always great traditional gifts to take back home with you.

Which are the major layover airports for connecting flights to Somalia?

Istanbul and Djibouti are the major layover airports for connecting flights from Delhi to Somalia.

What currency is used in Somalia?

The currency used here is the Somali shilling. ATMs aren't widespread but you can find some, mostly within Somali banks

Can you drink alcohol here?

Islam forbids alcohol and Somalia follows this rather strictly. Alcohol is prohibited in Somalia and if you do get your hands on some, don't show it or drink it in public, as there's a strong chance that you could offend, cause a scene and may even be punished by authorities.

Tap water here is not clean to drink, it's preferable to stick to bottled water.