View all hotels in Vietnam

The Socialist Republic of Vietnam is a Southeast Asian country bordered by countries such as China, Laos, Thailand, Cambodia, etc. Its capital city is Hanoi whilst its most populous city is Ho Chi Minh City. Vietnam is a huge country worth paying attention to because if it's diverse culture, ancient history, and natural landscapes.
The climate in Vietnam is best understood when split by region. Hanoi and the North experience heat, humidity and high rainfall from May to October whilst from November to April, it is cooler and dry. In the far north, December and January are usually cold. Southern Vietnam is dry and hot from November to April then warm and wet between May and October. The highest rainfall in this region is in June, July, and August. Central Vietnam is hot and dry between January and August whilst high levels of rainfall occur in September, October and November.
The Vietnamese culture is a complex adaptation of Chinese, French, Japanese and American colonial influences. However, though inspired by the foreign influences, the Vietnamese have managed to maintain their basic and distinctive cultural features such as ancestor worship. The country has 54 ethnic groups, the largest of which are the Kinh people. Each people have their own beliefs, culture and cuisine, lending the country the beauty of cultural diversity.
As regards religion, the Vietnamese have the Triple Religion (tam giao) which is a combination of Mahayana Buddhism, Confucianism, and Taonism. However, despite being a communist state, the Vietnamese constitution provides for freedom if religion. Vietnam's national and official language is Vietnamese
Boiled rice is the most popular food in Vietnam followed by noodles. Their cuisine has been known to employ a balance of the five Asian elements; spicy, bitter, sweet, sour, and salty. Common ingredients in Vietnamese foods are fish sauce, soy sauce, shrimp paste, bean sauce, fresh herbs, fruits and vegetables. Traditional Vietnamese cuisine employs minimal usage of dairy and oil. It is considered among the healthiest cuisines in the world. The Vietnamese favor snake wine, pickled snake in rice wine that is drunk for health, vitality, and restorative purposes.
Vietnam is known for its natural beauty and scenic tourist attractions. Some of these attractions are:
An interesting fact about the country is that the body of its first president, Ho Chi Minh was embalmed and remains on display in a mausoleum. Also, Vietnam has a literacy level of 94%.
There are thousands of hotels in Vietnam and so finding accommodation for visitors is not much of a feat at all. 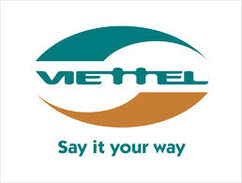 How do I travel out of Vietnam?

Get Visa from Vietnam

For Vietnameses looking to travel out of the country. You can check out the list of destinations, how to Get Vietnam visa to those countries, Embassies in Vietnam and Visa Free Countries for Vietnamese passport holders

Q: Is Vietnam safe for touring?

A: The biggest complaints of  tourists so far is if aggressive street vendors, reckless driving and tour operators with bad attitudes. Otherwise, Vietnam is quite safe for touring. And no, Vietnam is most certainly not at war. The war ended in 1975.

Q: Is English spoken in Vietnam?

A: English speakers are quite rare in the country. But in tourist areas, people who speak a sufficient bit of English are not so hard to come by.

Q: What is Vietnam's official currency?

A: Vietnam's official currency is the Vietnamese dong.

Q: On what side of the road do the Vietnamese drive?

A: The Vietnamese drive on the right side of the road.