View all hotels in Morocco

Morocco has its seventh largest city and capital in the city of Rabat. While Morocco is a year round travel destination, the months of April to May(Spring) when the landscapes are green and lush, perfect for mountain biking, or September to November(Fall), when the weather is warm and dry, is the best time to visit. If you are looking to visit during the summer months of June to August, you should expect an uncomfortably hot weather because of the Sahara Desert. However, winters are accompanied by mild daytime temperatures and surprisingly cold evenings. Morocco has a rich and diverse culture reflected in the Berber and Arab influences it has. It's ethnicity is concentrated majorly in the Arab and Berber ethnic groups. Morocco is a Muslim country and the Islamic religion is predominantly practiced here. A smaller percentage of the people are spilt into the Christianity and Judaism religion. The Moroccan cuisine is wonderfully diverse and delicious, it's most popular foods are lentil soup, chicken/pigeon pie, spicy sardines, snail soups and Moroccan meatballs. Arabic and Berber are the official languages spoken here but you will find the French, Spanish and English language commonly spoken by the locals also.

Royal Air Maroc offers internal flights in Morocco, while the rail network is excellent in linking the major cities. For intra city travel, shared taxis is one of the cheaper way to get around cities, other alternative options include, taxis, car rentals, trains, bikes and buses. Morocco is a really safe place to visit and only petty crimes like scams and pickpockets are prevalent.

Morocco is one of the most popular tourist destination in North Africa, known for its bustling cities, incredible history, and pristine desert landscapes. Moroccan festivals are largely fascinating and immensely enjoyable therefore attending one of them while visiting can really help you enjoy your travel experience of the country. Festivals you can attend include the Almond Blossom Festival; the Festival of Roses, the Fes Festival of Sacred World Music, the Gnaoua Festival, International Film Festival of Marrakech

and the Timitar Festival of Agadir celebrating Amazigh (Berber) music.

They are a lot of incredible places of interest and breathtaking city attractions to see, while exploring Morocco. Places you definitely should visit when you’re in Morocco include :

There are over 10,000 hotels and apartments to stay in Morocco so you will be spoiled for choice especially when in Rabat. 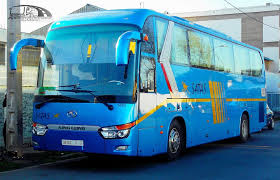 How do I travel out of Morocco?

Get Visa from Morocco

For Moroccans looking to travel out of the country. You can check out the list of destinations, how to Get Morocco visa to those countries, Embassies in Morocco and Visa Free Countries for Moroccan passport holders

How safe is Morocco for solo female travellers?

Morocco is a relatively safe travel destination for women travelling alone. Road conditions are generally safe for travel, and violent crime is much less common in Morocco. However it is recommended that you take normal caution and avoid walking around or staying out alone at night.

Drinking water directly from a tap in Morocco isn't a good idea. You can carry a bottled water instead, however keep in mind that  many hotels have filtered water for guests which is considered safe to drink.

What is the official currency is used in Morocco?

The official currency used here is the Moroccan dirham. However, Euros are often widely accepted in a large amount of shops, hotels and restaurants.

Do they speak English in Morocco?

While the official language is Morocco Arabic, most of the locals speak and understand English.

Is there Uber in Morocco?

Uber launched in Casablanca, the only Moroccan city where it operates currently.